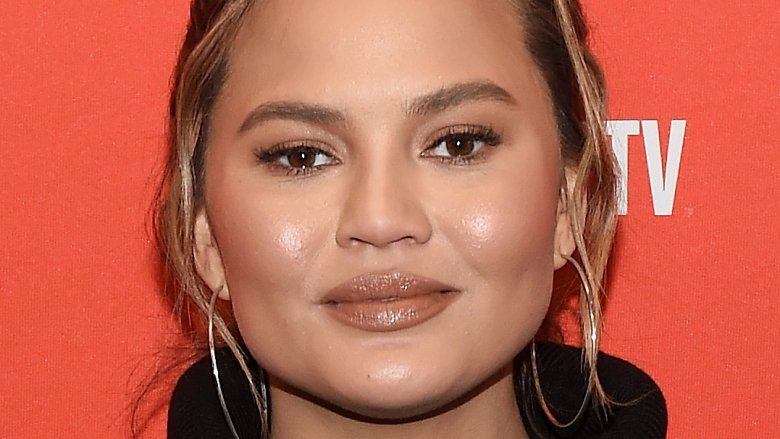 Chrissy Teigen is not impressed with Thomas Markle’s recent comments.

On Saturday, July 28, 2018, the Lip Sync Battle co-host took to Twitter to call out Duchess Meghan Markle’s dad, who has continued to give paid interviews about the father-daughter duo’s estranged relationship following her royal wedding to Prince Harry in May.

“This guy…this guy sucks,” Teigen, 32, bluntly wrote to her 10.6 million followers, captioning screenshots of claims made in Thomas’ recent interview with the The Mail on Sunday. “What is wrong with him? Let your daughter be happy, please. This is embarrassing.”

While speaking with the U.K. gossip rag over the weekend, Thomas alleged, among other things, that he hasn’t spoken to his royal daughter in ten weeks. “I’m really hurt that she’s cut me off completely. I used to have a phone number and text number for her personal aides at the Palace, but after I said a few critical words about the Royal Family changing Meghan, they cut me off,” he said, while later adding, “I won’t be silenced.”

The 74-year-old went on to criticize what he calls the former Suits actress’ “sense of superiority,” claiming she’d be “nothing” without him. “She became the woman that she is today thanks to everything I did for her,” Thomas, who fears he won’t be allowed to see his future grandchildren, said. “And did I get any recognition for it? Any thanks? She doesn’t even speak to me now. How cold is that?”

While Thomas hopes he and his famous daughter will one day “reconcile,” that didn’t stop him from making a number of other controversial remarks. “Perhaps it would be easier for Meghan if I died,” he said at one point in the interview, suggesting she’d receive sympathy. He later claimed, “[The Royal Family] have Meghan treating her father in a way that Harry’s mother, Princess Diana, would have loathed.”

This certainly isn’t the first time Thomas Markle’s comments or actions have made headlines in relation to the royal family, and it probably won’t be the last. As Nicki Swift previously reported, the former lighting director first faced a media storm after staging paparazzi photos the week of his daughter’s big day. She and Prince Harry had tied the knot on May 19, 2018, at St. George’s Chapel at Windsor Castle. Meghan’s mother, Doria Ragland, was famously the only member of her family to attend the ceremony. Thomas had undergone heart surgery just days before and was unable to travel at the time.

Since then, Thomas has publicly aired his grievances and concerns about Meghan’s new life as a British royal. In mid-July, he claimed that his daughter was “under too much pressure” and “terrified” during an interview with The Sun. He added, “My message [to her] would be, ‘I love you, I miss you, I’m sorry for anything that went wrong.'” Shortly after, a source told Entertainment Tonight that the newly titled Duke and Duchess of Sussex were “frustrated he keeps speaking to the tabloids and taking payment for interviews.” Well, we can’t say we blame them.