Chris Cornell’s Cause of Death: Suicide by Hanging 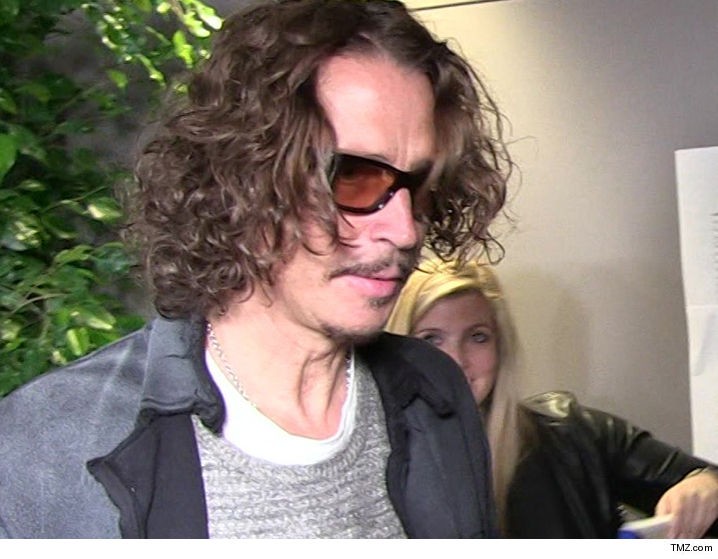 Toxicology reports also reveal that while drugs were detected in the singer’s system, they “did not contribute to the cause of death.”

Chris Cornell‘s cause of death has been revealed.

At 12:05 a.m., police found the Soundgarden singer unresponsive with a band around his neck inside his hotel room at the MGM Grand Hotel in Detroit. Cornell, 52, was pronounced dead on the scene.

A preliminary autopsy was conducted later that morning. On Thursday afternoon, the Wayne County Medical Examiner’s Office issued a statement to E! News, saying, “The cause of death has been determined as suicide by hanging. A full autopsy report has not yet been completed.”

The medical examiner’s office added, “There is no additional information at this time.”

Earlier in the day, Cornell’s rep told E! News, “His wife Vicky and family were shocked to learn of his sudden and unexpected passing…” The rep added that his family “would like to thank his fans for their continuous love and loyalty and ask that their privacy be respected at this time.”

Cornell, a twice-married married father of three, died in the midst of a Soundgarden tour. The singer had been outspoken in the past about suffering from both depression and substance abuse.

Soundgarden broke up in 1997 and reunited in 2012. “We had our moment, and we had it on a level that has only happened in a few places,” Cornell told NPR. “So, it’s incredible that if there were one kind of defining moment in rock music that will always be in the history books, that one of them came from Seattle. That’s something that none of us would have ever guessed.”

In addition to releasing four solo studio albums (and one live album), he also fronted the rock supergroup Audioslave with Rage Against the Machine‘s Tim Commerford, Tom Morello and Brad Wilk. Formed in 2001, the group released three studio albums before disbanding in 2007.

Soundgarden was set to headline the “Rock on the Range” festival at MAPFRE Stadium in Ohio Friday. “We are devastated to hear about the sudden passing of Chris Cornell last night. He was a true hero to music. The voice of a generation,” the festival’s organizers said in a statement. “Our thoughts and prayers are with his family, friends and the entire music community. The voice of an angel, now watching down on us as we celebrate and honor him all weekend long.”