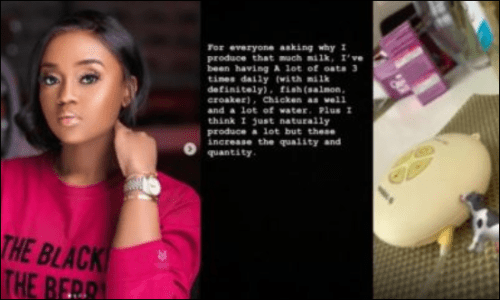 Chioma Reveals The Secret Behind Her Huge Milk Production (Video)

Music superstar, Davido’s fiancee Chioma Avril Rowland took to her Instastories to reveal the secret behind her huge milk production.

The new mum stated that she has been expressing more milk because she takes a lot of oatmeal with milk three times daily, fishes, chicken and a lot of water. 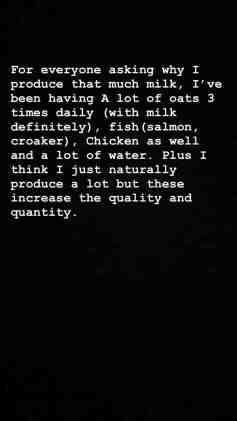 She also shared a video of her milking machine and some of her feeders filled with breast milk.

“For everyone asking why I produce that much milk, I’ve been having A lot of oats 3 times daily (with milk definitely), fish (salmon, croaker), Chicken as well and a lot of water. Plus I think I just naturally produce a lot but these increase the quality and quantity.”, she wrote.