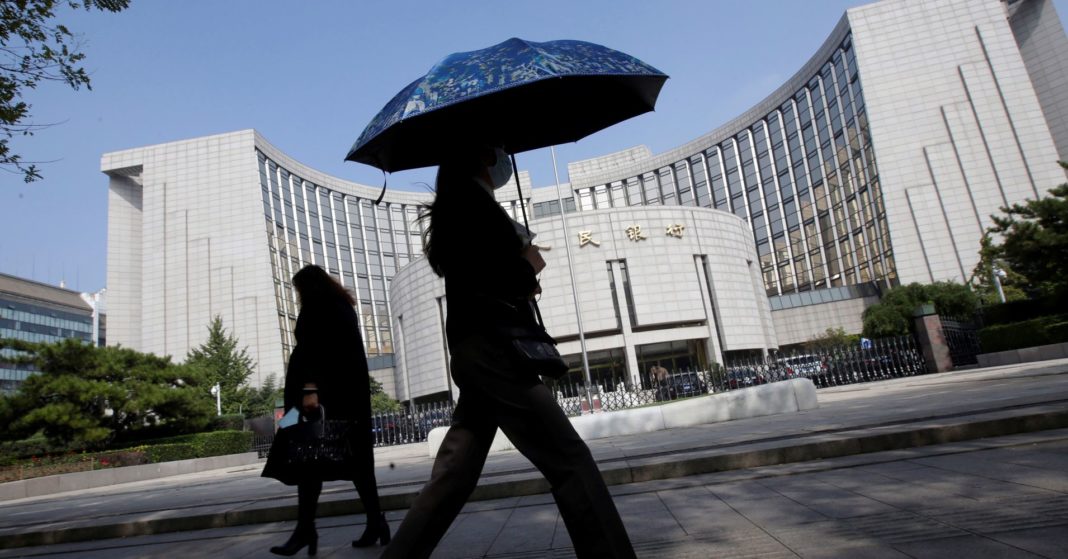 China’s central bank on Wednesday pumped a net 560 billion yuan ($83 billion) into its banking system — a record amount of money injected in one day — in a sign that the economy may be facing enormous stress.

The yield on the 10-year Chinese government bond fell below 3.1 percent on Wednesday afternoon, its lowest in more than two years, according to financial database Wind. Yields fall when bond prices rise, and a decline in yields typically signals expectations of a slowdown in economic growth.

“At present, it is the peak of the tax period, and the total liquidity of the banking system is declining rather quickly,” the People’s Bank of China said in a statement on its website. The central bank did not immediately respond to CNBC’s faxed request for comment on Wednesday’s record cash injection.

Liquidity — or the ease by which assets can be turned into cash — is particularly important for companies needing to pay taxes while maintaining regular operations. For more than a year, many Chinese businesses have already been struggling with sluggish economic growth, increased financing difficulties and greater obligations to provide benefits for employees. The Chinese New Year holiday, when most companies shut down for at least a week, is also less than three weeks away.

Zhao Bowen, research director at Beijing-based Blue Stone Asset Management, said in a statement to CNBC that enterprises are expected to pay more than 1 trillion yuan in taxes this week, marking the peak period of tax payments. A historically low level of fiscal deposits and the expiration of 390 billion yuan in medium-term lending are also contributing to tighter financial conditions overall, he said.

“At the moment, the government’s position is to push back against the downward pressure on the economy, and take a good first step at that in the first quarter,” Zhao said, according to a CNBC translation of his Mandarin-language comments. He added the central bank is also working to loosen overall credit conditions and coordinate its moves with an expected large issuance of local debt.

At that time, the central bank gave no explanation on its website for why it was putting so much money into the system. But on Wednesday, it said the move was done “in order to maintain reasonable and sufficient liquidity in the banking system.”

“We do believe the PBoC is stepping up monetary easing, but we should not confuse seasonal (open market operation) moves with long-term liquidity injections,” Ting Lu, Nomura’s chief China economist, said in an email. “This reflects an increasing caution of the PBoC to stabilize interbank rates and bond yields to offset potential liquidity shocks.”

Chinese Premier Li Keqiang announced in January that the government is also cutting its reserve requirement ratio — the amount of cash that banks have to hold — later this month. There were four such cuts in 2018.