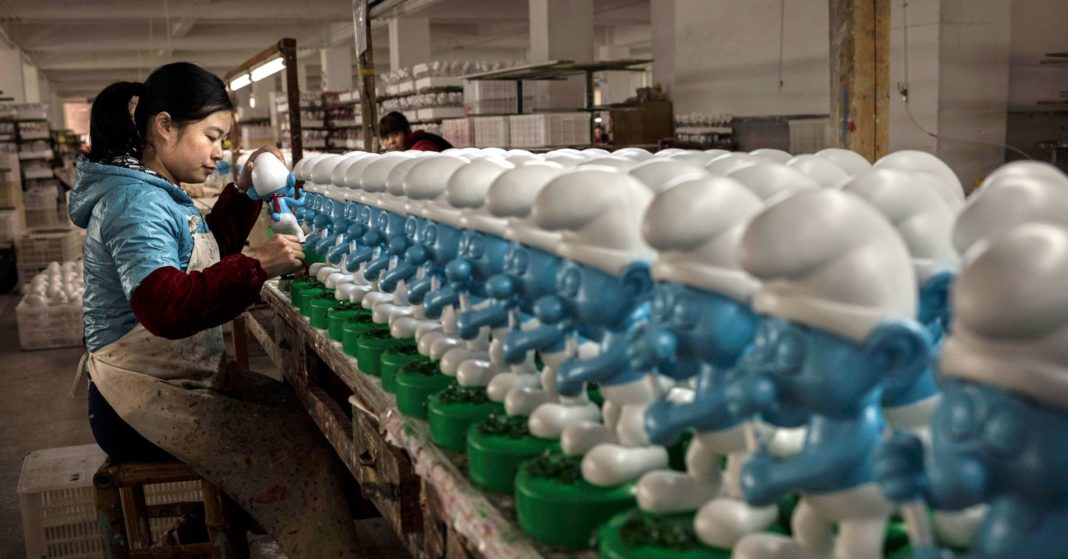 Growth in China’s manufacturing sector slowed in June after a better-than-expected performance in May, official data showed, as escalating trade tensions with the United States fuel concerns about a slowdown in the world’s second-biggest economy.

China’s economy has already felt the pinch from a multi-year crackdown on riskier lending that has driven up corporate borrowing costs, promoting the central bank to pump out more cash by cutting reserve requirements for lenders.

The official Purchasing Managers’ Index (PMI) released on Saturday fell to 51.5 in June, below analysts’ forecast of 51.6 and down from 51.9 in May, but it remained well above the 50-point mark that separates growth from contraction for a 23rd straight month.

The findings are in line with recent data including credit growth, investment and retail sales pointing to slowing growth in China’s economy, as policymakers navigate debt risks and a heated trade row with the United States.

Significantly, the June new export orders index contracted for the first time since February, dropping to 49.8 from 51.2 in May.

Wen said he expected the central bank to continue to lower banks’ reserve requirement ratios (RRR) in the coming months to help ward off a sharper economic slowdown.

The central bank said on June 24 it would cut the RRR by 50 basis points for some banks to accelerate the pace of debt-for-equity swaps and spur lending to smaller firms.

After May’s official factory PMI touched an eight-month high, there have been increasing signs that China’s economy is finally slowing.

Credit growth has slowed this year as the government cracks down on many types of lending, and the tighter liquidity environment appears to be impacting growth.

On July 16, the government is due to release data on second-quarter growth in gross domestic product (GDP) and other key indicators.

Analysts at ANZ forecast second-quarter growth of 6.7 percent, from 6.8 percent in the first quarter.

In May, industrial output, retail sales and fixed asset investment all missed expectations as auto sales dropped, and local governments scaled back building projects amid scrutiny from Beijing over their borrowings.

While the economy could likely handle these domestic challenges without growth slowing dramatically, the trade dispute with the U.S. is adding to uncertainty about how China’s economy will react.

As U.S. President Donald Trump has ratcheted up the pressure on China with threats of new tariffs and investment restrictions, China’s stock markets and currency suffered one of their worst months in years in June.

After a sustained sell-off, China’s yuan and stock markets recovered some ground on Friday, yet investors were grappling with some of their worst losses in years as a bitter Sino-U.S. trade row threatened to rattle the country.

The United States has threatened to impose duties on up to $450 billion of Chinese imports, with the first $34 billion portion set to go into effect on July 6.

China’s exports have held up relatively well so far this year, with May shipments rising 12.6 percent in dollar terms.

But the contraction in new export orders in June could indicate tougher times ahead for exports.

A sister survey showed growth in China’s service sector picked up slightly in June, with the official non-manufacturing Purchasing Managers’ Index (PMI) rising to 55.0 from 54.9 the previous month.

Chinese policymakers are counting on growth in services and consumption to rebalance their economic growth model from its heavy reliance on investment and exports. The services sector now accounts for more than half of the economy, with rising wages giving Chinese consumers more spending clout.

The composite PMI covering both manufacturing and services activity slipped to 54.4 in June, from May’s 54.6.