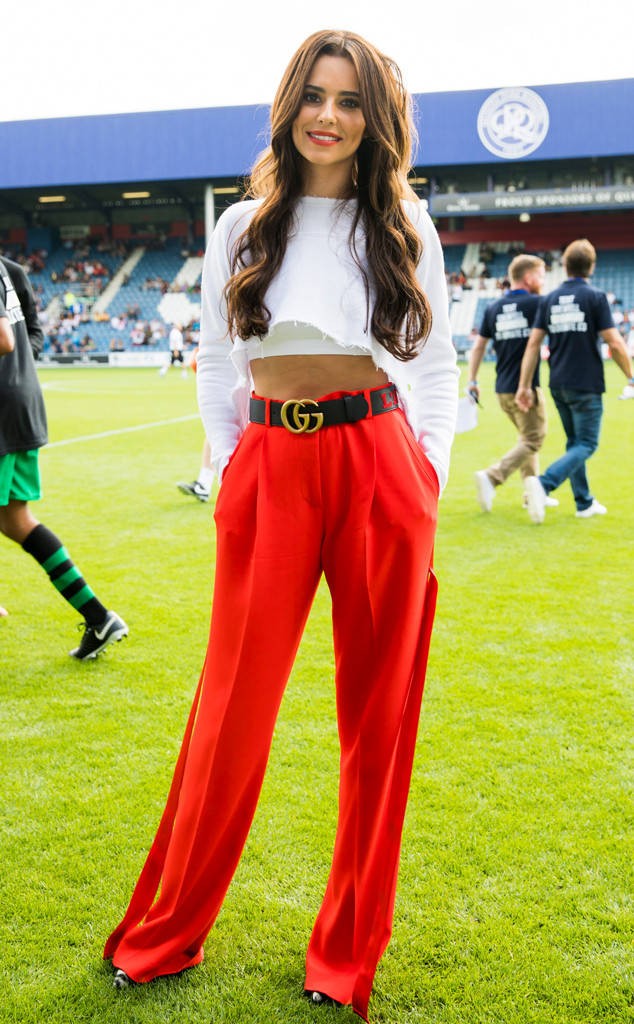 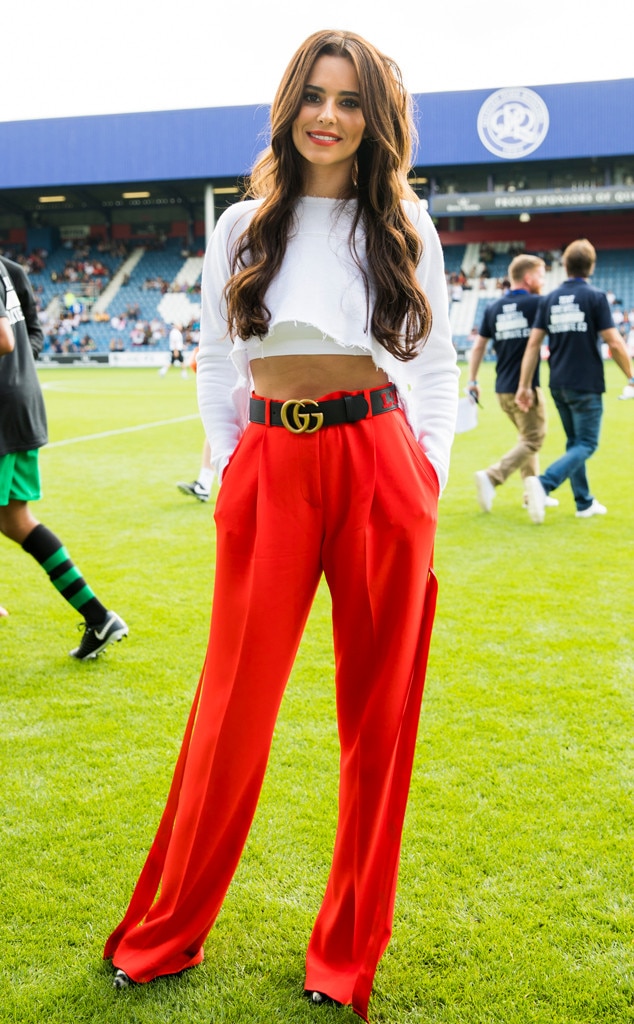 On Saturday, Cheryl Cole made her first celebrity appearance since giving birth to her and boyfriend Liam Payne‘s son Bear, their first child, in March. The 34-year-old pop star and TV personality made a rare public appearance at the Game 4 Grenfell charity match in London’s Loftus Road stadium. Proceeds benefit the survivors of the Grenfell Tower fire, which killed at least 80 people in June.

Cole was last spotted in public in June, on a dinner date with Payne, 24, at the London restaurant The Ivy.

Girls Aloud, one of the biggest all-girl pop groups in Europe, were created on the British talent competition series Popstars: The Rivals in 2002. They split in 2013.

Payne rose to fame as a member of One Direction, which was formed on The X Factor in 2010 and is currently on a break. Cole co-judged the group’s performances and earlier, Payne’s solo auditions for the show. He was 14 when he first tried out.

She and Payne began dating in early 2016.

Despite largely staying away from the public eye since Bear’s birth, Cole has been active on social media.

She took to Instagram in mid-June to wish a happy first Father’s Day to her beau, writing, “You are the most amazing daddy and the best example for our son. The way he looks at you says it all. Your relationship melts my heart. You are the centre of his world & We adore you.”