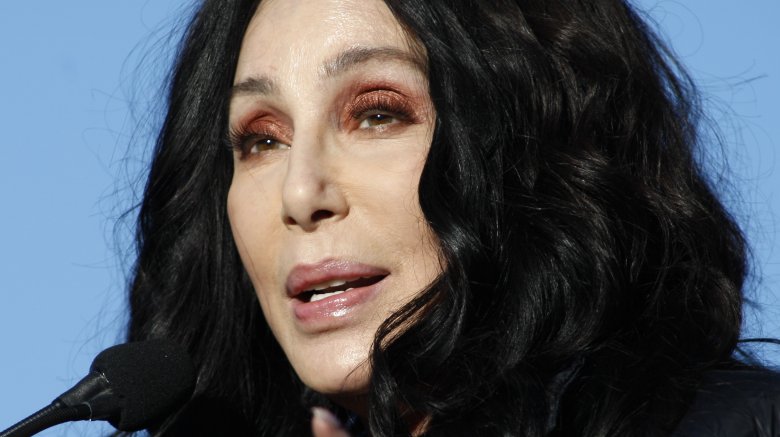 Music icon Cher’s home was searched for illegal substances in late September, but the “Believe” singer isn’t the target of an investigation.

On Thursday, Sept. 27, 2018, police arrived at Cher’s Malibu mansion with a search warrant and combed the residence for drugs, as reported by TMZ. Cops arrested 23-year-old Donovan Ruiz, a son of one of Cher’s assistants. However, Ruiz’s actual connection to Cher’s assistant is unclear at the moment, as the Daily Mail reports that he is a nephew.

Authorities are said to have found “1.3 grams of fentanyl powder, a Xanax pill, an unknown white pill, tin foil and a pink straw with brown residue” on Ruiz. After searching his room, they reportedly located a supply of drugs and drug paraphernalia, including six yellow pills stamped with “215,” two pink pills with a “K40” marking, three strips of the narcotic Suboxone, and four patches containing fentanyl. Cops also reportedly found two boxes of .22 caliber bullets and a box holding “burnt foil and a straw.”

Cher reportedly had no idea about the drugs at her Malibu residence, as she’s been on tour. She is in Australia for her Here We Go Again Tour. She’ll reportedly be down under until the end of October, at which time she’ll head back to Las Vegas for her residency at Caesars Palace.

According to The Hollywood Reporter, Ruiz is suspected of selling fentanyl to people living in Ventura and Los Angeles counties. He also allegedly sold drugs to a person, whom the Daily Mail identified as 26-year-old Kevin Cunningham, who lived in Thousand Oaks, Calif. that had recently overdosed. TMZ reports that Cunningham’s death was the reason police obtained the search warrant for Cher’s home.

Ruiz was reportedly arrested for possession of a controlled substance. However, it’s thought that he will also face charges related to Cunningham’s death. According to the Daily Mail, however, he has already “been charged with supplying narcotics to someone who dies, a felony.”

Prior to his arrest, police had reportedly called paramedics to the scene in preparation for any potential violence. A firetruck was also present.

He was reportedly due to appear in court for an arraignment on Oct. 1.

Cher has made news over the past few weeks, though the apparent drug den at her home obviously made for the most troubling headlines. For one, Cher, who was born Cherilyn Sarkisian, starred in the Mamma Mia! sequel Mamma Mia! Here We Go Again, which was released in late July 2018. Cher played Ruby Sheridan, the mother of Meryl Streep’s character Donna … despite the fact that Cher herself is only three years older than Streep, an actress she’d previously starred alongside in the 1983 drama Silkwood. Fortunately, neither star was the least bit affected by portraying members of different generations. “There was no sense of, ‘Well I’m not playing someone’s mother.’ They just kind of embraced it,” producer Judy Craymer told Vanity Fair.

Regarding the movie’s casting of Cher, who producers had originally wanted to play Tanya in the first movie, Craymer explained, “We wanted a superstar to sing ‘Fernando.’ . . . It’s musical-theater cinema heaven, really.”

And, according to a critic at NBC News, casting Cher as Ruby paid off, as she stole the focus of every scene she was in. “The other characters all become extras as soon as Cher flies in and touches a perilously high heel to the firmament,” NBC News writer David Ferguson wrote in a review of her performance.

Following her appearance in the ABBA music-fueled Mamma Mia! Here We Go Again, Cher recorded an entire album of ABBA covers. The album, called Dancing Queen, was released on Sept. 28, 2018. “After I did ‘Fernando,’ I thought: It would really be fun to do an album of ABBA songs, so I did,” Cher explained on the Today show in July. “It’s not what you think of when you think of ABBA because I did it in a different way.”

Cher is also preparing for the premiere of the musical about her life, The Cher Show, to hit Broadway in December 2018.