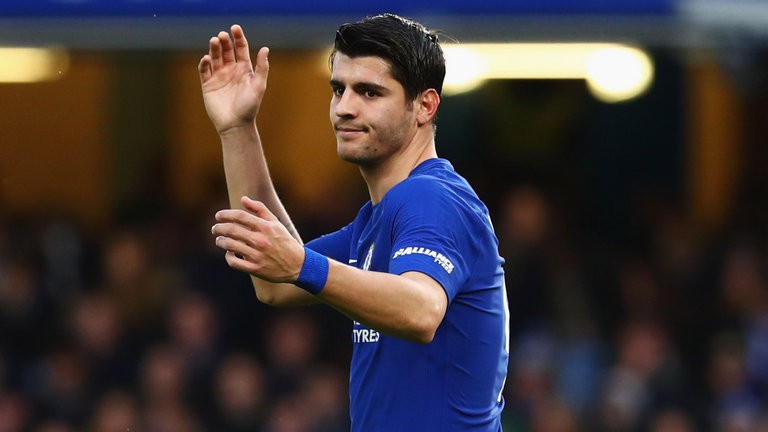 Chelsea striker Alvaro Morata has not made the Spain squad for this month’s friendlies against Germany and Argentina.

The 25-year-old, who moved from Real Madrid in the summer for £75m, has not scored for Chelsea in 2018 and has started the Blues’ last three matches on the bench.

After a promising beginning to his career at Stamford Bridge, when he scored six goals in his first six Premier League matches, Morata has struggled with injury and endured a barren spell in front of goal.

He last hit the net on December 26. He has scored 12 times in 37 appearances for Chelsea.

Asked if Friday’s selection meant that former Chelsea striker Diego Costa, who has earned a recall, would be going to Russia this summer and Morata would not, Lopetegui said: “No, the World Cup is not tomorrow.

“There are players who are not on the list whose chances of going to the World Cup are intact.

“We’ve now got two exciting matches against two great sides and after that everyone will have their chances. The fact players haven’t been called is down to various things; form, injuries and also to see new players better.”

Regarding Morata specifically, Lopetegui added at a press conference in quotes reported by the Spanish press: “Morata is somebody who has almost always been included. He’s had some physical problems and he’s not been playing much and we’ve decided that now it was better to call up others.

“But he’s not out of our thoughts and he has his chances to go to the World Cup. We hope that he will have more prominence in his team.

“I’m sure he’s going to have an extraordinary end to the season and will have every chance to be with us. I’ve no doubt about that.”

While Morata drops out, his club-mate Marcos Alonso has won his first call-up to the senior squad, alongside Valencia playmaker Dani Parejo and young Villarreal midfielder Rodri, who are also uncapped.

Lopetegui said of the newcomers: “We felt it was the right time for them to come in and take a look at them.

“We like (Rodri) a lot. He’s very young but he’s ready. We’ve liked watching him a lot, the reports from his club and the under-21s are excellent and we thought it was a good time see him closer.