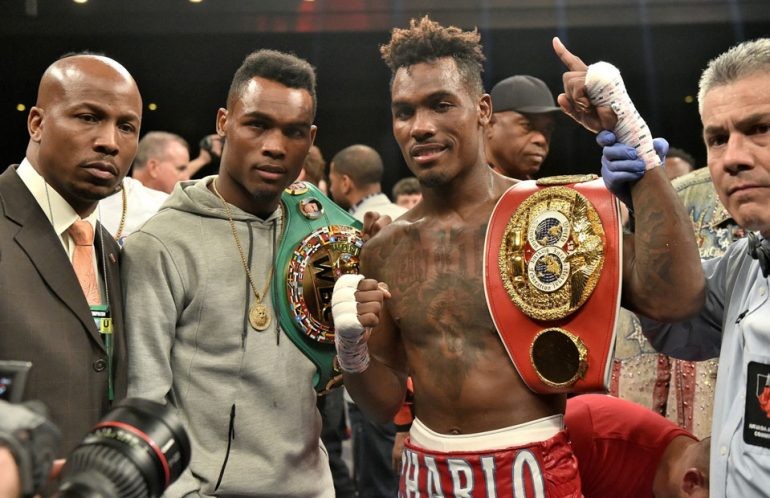 Former junior middleweight titlist Jermall Charlo is ready to begin his assault on the middleweight division.

It will begin with a world title elimination fight against Jorge Sebastian Heiland on July 29 at Barclays Center in Brooklyn, New York, organizers announced Tuesday.

The fight will serve as the Showtime-televised co-feature (9 p.m. ET) to the much-anticipated junior welterweight showdown between former four-division titlist Adrien Broner (33-2, 24 KOs), who is moving down one division, and reigning lightweight titleholder Mikey Garcia (36-0, 30 KOs), who is moving up one weight class for the fight.

The winner of Charlo-Heiland will become the mandatory challenger for one of the belts held by unified world champion Gennady Golovkin, who defends them against Canelo Alvarez on Sept. 16 in Las Vegas.

Charlo (25-0, 19 KOs) 27, of Houston, won a junior middleweight world title by one-sided, third-round destruction of Cornelius “K9” Bundrage in September 2015 and defended the belt three times, including against former titlist Austin Trout in a decision win in May 2016, followed by an impressive fifth-round knockout of trash-talking mandatory challenger Julian “J Rock” Williams in December.

Shortly after knocking out Williams, Charlo — who held a 154-pound world title at the same time that his twin brother, Jermell, also held a world title in the weight class — vacated his belt and announced that he was moving up to the middleweight division.

“I’ve been training since end of January to prepare myself for the move up to middleweight,” Charlo said. “I’m feeling stronger, I’m feeling smarter and overall, I’m feeling better. Heiland is a tough fighter and I know he plans on bringing his A-game on July 29. He’s just as hungry as me.

“We both want to be in a place to fight the best in the division, but I never overlook the opponent in front of me. It’s been a great camp so far and I’m ready for this fight. It’s time to make my mark so I can become a two-division world champion. I plan to take care of business at 160 just like I did at 154.”

Heiland (29-4-2, 16 KOs), is a 30-year-old southpaw from Argentina. He has won eight fights in a row, but mostly against pedestrian opposition.

The biggest win of Heiland’s career, however, came during the recent stretch, when he knocked out former world three-time title challenger and longtime middleweight contender Matthew Macklin in the 10th round in November 2014. The fight with Charlo will be Heiland’s second in the United States.

“I’m thrilled to be facing a great fighter like Jermall Charlo,” Heiland said. “I’ve waited a long time for a chance like this, so I will give it my all. I am fearless and I promise that this bout will be an all-out war because my career and livelihood are on the line.”

Washington, 35, of Vallejo, California, will be boxing for the first time since he suffered a fifth-round knockout loss to world titleholder Deontay Wilder on Feb. 25. Miller (18-0-1, 16 KOs), 28, of Brooklyn, is one of the division’s top up-and-comers. He will be taking a big step up in competition against Washington and is also coming back from an 11-month layoff because of a dispute with promoter Dmitry Salita.

“Jermall Charlo is a star on the rise, but he’ll have a stiff challenge against Jorge Sebastian Heiland as he seeks a path to becoming a two-division world champion,” said Mayweather Promotions CEO Leonard Ellerbe, who is co-promoting the card with Lou DiBella. “The heavyweight matchup is a very intriguing showdown with Gerald Washington hoping to prove that he deserves another opportunity at the belt and Jarrell Miller fighting in his hometown and looking to earn his first world title shot.”