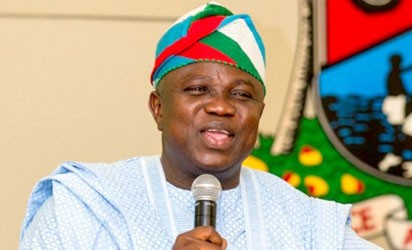 Governor Akinwunmi Ambode of Lagos has directed that Sunday’s Thanksgiving Service be moved from the Chapel of Christ the Light to the Banquet Hall of the Lagos House, Alausa.

The Thanksgiving Service is to commemorate the success of Lagos State’s 50th anniversary and Ambode’s second year anniversary as governor.

A statement by the state Ministry of Information and Strategy said, “A Special Thanksgiving Service, earlier scheduled for Chapel of Christ the Light, Alausa, will now be held at the Banquet Hall, Lagos House, Alausa, Ikeja on Sunday, May 28, 2017.”

The actual reason for the relocation of the service was not stated in the statement.

The governor’s directive has, however, raised insinuations in some quarters that it might be connected to the statewide outrage which followed the alleged sacking of the Presiding Chaplain of Chapel of Christ the Light, Venerable Femi Taiwo. The clergy was also evicted from his official apartment.

The PUNCH had earlier reported that Taiwo was sacked a day after the wife of the governor, Bolanle Ambode, stormed out of the church during an anointing service. Mrs. Ambode was angry that the priest did not accord her due recognition by anointing her before the other congregants.

According to the statement, the Thanksgiving Service was “to cap the series of activities for Lagos at 50 celebrations, as well as glorify the Almighty God for the second year anniversary of Akinwunmi Ambode’s administration in Lagos State.”

The event is scheduled to commence at 10 am and has “Pressing on to Greater Heights” as its theme.

The state government has said it would cap the [email protected] celebrations with a spectacular display of fireworks.

The fireworks, it said, would be on display at midnight on Sunday at Eko Atlantic City.

“This is to inform the public that there will be a display of fireworks as part of the music and fashion show to round off the 50th Anniversary Celebrations of the state. The fireworks will be on display at exactly 12 midnight at the Eko Atlantic City during the Golden Concert. Residents do not need to panic or nurse any fear whatsoever when they hear the sound of the fireworks as it is only just a symbolic way to draw the curtains of what has been a very splendid and successful celebration of our state,” said Commissioner for Information and Strategy, Mr. Steve Ayorinde, in a statement.