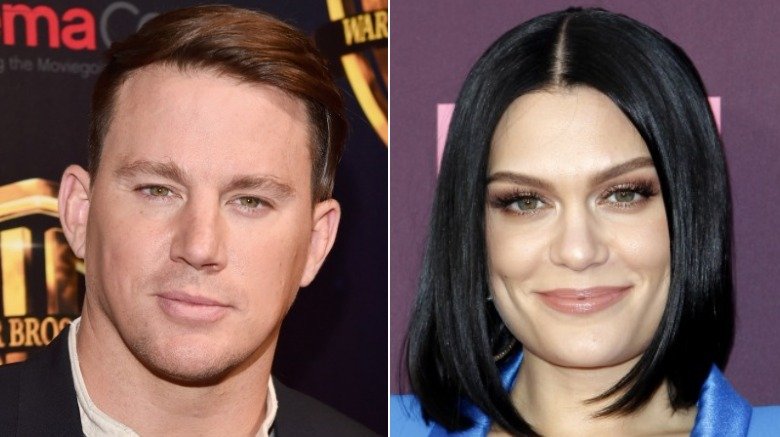 According to an Us Weekly exclusive, published on Wednesday, Oct. 10, 2018, the 21 Jump Street star and British singer have reportedly been dating for months now following Tatum’s split from ex-wife Jenna Dewan.

According to a source cited by the magazine, “It’s new, casual and they’re having fun together.” Amid reports of their alleged blossoming romance, Tatum, 38, and Jessie J, 30, were spotted multiple times together over the last week, including while grabbing a bite to eat at Henry’s Tavern in Seattle, Wash. on Saturday, Oct. 6.

“They didn’t kiss or have much PDA in person, but it definitely looked like they were a couple,” an eyewitness told E! News. Meanwhile, another source claimed that Tatum “doesn’t mind tagging along” with his rumored girlfriend as she travels for her R.O.S.E Tour. The actor was most recently seen at Jessie J’s shows in Seattle and Salt Lake City, Utah. The insider added, “They’ve been hanging out a lot lately and he’s excited about seeing her. …He’s making a lot of effort and wants to spend as much time with her as he can.”

At the time of this writing, neither Tatum nor Jessie J have publicly commented on this dating speculation. The “Bang Bang” hitmaker, whose real name is Jessica Ellen Cornish, was last romantically linked with American singer Luke James. Meanwhile, Tatum and Dewan, 37, made headlines when they called it quits after eight years of marriage in early April 2018.

As Nicki Swift previously reported, the former couple, who married in 2009 and share 5-year-old daughter Everly, released a joint statement on social media announcing their breakup. “We have lovingly chosen to separate as a couple,” the pair wrote at the time. “We fell deeply in love so many years ago and have had a magical journey together. Absolutely nothing has changed about how much we love one another, but love is a beautiful adventure that is taking us on different paths for now.”

However, the Magic Mike star isn’t the only one who seems to be moving forward. As E! News reported in late September, Dewan has also allegedly been “casually dating.” According to an insider cited by the publication, “Jenna is feeling ready to move on and to get back out there.”

If only all celeb breakups could be this drama-free.