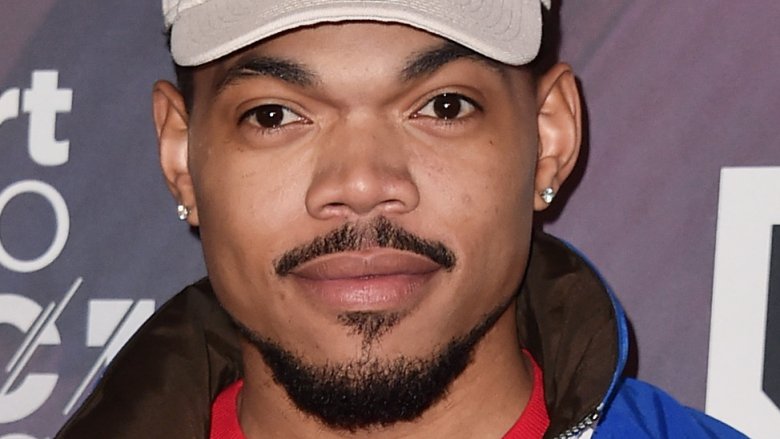 In one of four new singles released at midnight on Thursday, July 19, 2018, Chance, whose full name is Chancelor Jonathan Bennett, announced that he’d purchased the Chicago newspaper the Chicagoist. In the song “I Might Need Security,” he raps, “I bought the Chicagoist just to run you racist b***hes out of business.”

As reported by Variety, the Chicagoist‘s website has not been active since November 2017, when its owner Joe Ricketts shut it down, along with other sites like Gothamist and DNAinfo after staffers had voted to unionize.

Addressing his purchase of the paper in a statement, Chance said, “I’m extremely excited to be continuing the work of the Chicagoist, an integral local platform for Chicago news, events and entertainment.” The Chicago native continued, “I look forward to relaunching it and bringing the people of Chicago an independent media outlet focused on amplifying diverse voices and content.”

According to Variety, Chance, who got engaged to longtime girlfriend Kirsten Corley on July 4, 2018, bought the paper from New York Public Radio’s WNYC through his company Social Media LLC, which is said to promote “local investigative journalism, diversity, and representation for people of color in media.”

This isn’t the first time that Chance has contributed to his hometown in recent years. In March 2017, he made headlines for donating $1 million to Chicago public schools for arts and after-school programs. Former First Lady Michelle Obama praised him at the time, calling him “an example of the power of arts education.”

Chance’s new songs — which include “Work Out,” “65th & Ingleside,” and “Wala Cam,” as well as “I Might Need Security” — are currently available for listening on his website chanceraps.com and all streaming platforms.