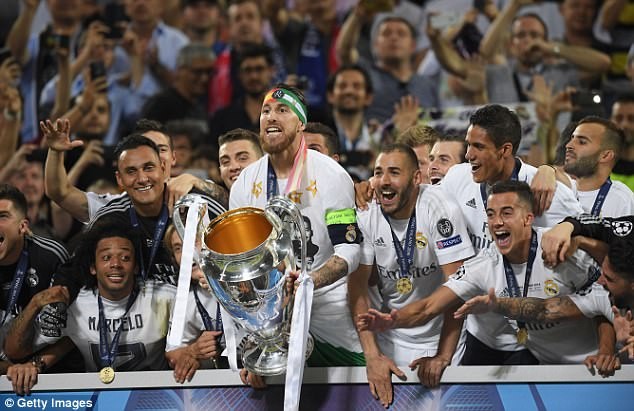 Tottenham will face holders Real Madrid in the group stage of the Champions League.

Spurs were drawn in Group H alongside the Spanish giants, German side Borussia Dortmund and Apoel of Cyprus.

The draw pits the Premier League runners-up against Wales winger Gareth Bale, who left Spurs for Real in a world record deal in 2013 and will be coming up against his old club for the first time.

Manchester City, who finished third in the Premier League last season, are up against Shakhtar Donetsk, Napoli and Feyenoord in Group F, while Liverpool, who beat Hoffenheim in a play-off to secure their place in the draw in Monaco, will meet Spartak Moscow, Sevilla and Maribor in Group E.

The group stages begin on 12-13 September.

Five English clubs are contesting the group stage of a Champions League campaign for the first time.

Groups at a glance

When are the group stage match days?