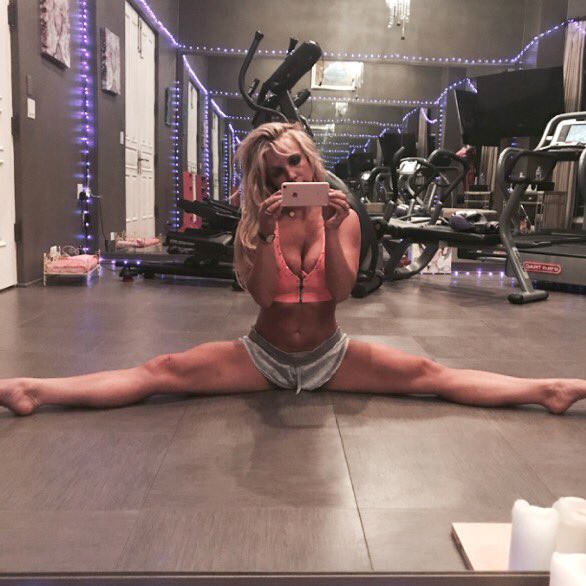 Britney Spears recently posted on Instagram a video of her wearing a bright red sports bra over a purple bra and burgundy Nike shorts while working out outside with a Kettlebell and dumbbells to the tune of “Hot as Ice” from her 2007 album Blackout.

“Beautiful day for an outdoor workout!!!” she wrote.

Blackout, which went platinum, was seen as her big comeback record following years of personal turmoil.

The singer also recently posted on Instagram a mirror selfie in which she showcases her super toned arms, abs and legs while wearing a black and white bikini top and the same shorts.

Spears has kept in tip-top shape over the past few years and has become especially toned while performing shows for her Britney: Piece of Me residency at the Planet Hollywood Resort and Casino in Las Vegas, which began in December 2013.

Spears recently gave fans more to talk about when at a recent show, she performed a surprise live cover of Bonnie Raitt‘s…”Something to Talk About.” The performance came almost two months after Spears shut down rumors that she lip-syncs in concerts.

She also took the opportunity to talk about her mixed relationship with the media.

“It’s really crazy ’cause one minute, they tear you down and it was really horrible,” she said. “And the next minute, you’re on top of the world, you know.”