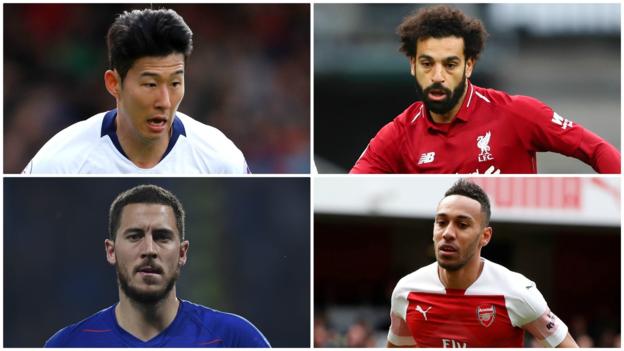 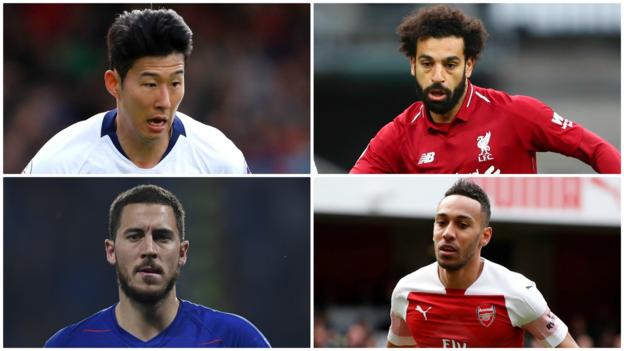 That followed dramatic wins for Liverpool over Barcelona and Tottenham against Ajax in the Champions League.

It is the first time all four finalists in Europe’s top two competitions have come from one nation.

There have only been two all-English finals before, with Tottenham beating Wolves in the 1971-72 Uefa Cup and Manchester United beating Chelsea in the 2007-08 Champions League.

Spain had three teams in the finals of the two competitions in 2015-16, with Real Madrid and Atletico Madrid contesting the Champions League trophy and Unai Emery’s Sevilla winning the Europa League.

“In England the level is very high and the Premier League is the best championship in Europe,” said Chelsea manager Maurizio Sarri.

Arsenal and Chelsea will meet in Baku, Azerbaijan – 2,468 miles from London – on 29 May, with a Champions League spot at stake for the Gunners, who could become the fifth English side to qualify for next season’s competition. Chelsea are already assured of their place after cementing a top-four finish in the Premier League.

Baku’s Olympic Stadium has a capacity of 68,700 but Uefa has allocated only 6,000 tickets to each club, a decision Arsenal described as “disappointing”, adding that it presents them with “extreme difficulties” in how to allocate tickets”.

Tottenham and Liverpool will meet in Madrid on 1 June, with fans of those clubs also facing travel issues of their own, with direct flights from the UK reaching £1,300 and some airlines being accused of “profiteering”.

The Premier League clubs’ achievements means there will also be an all-English Uefa Super Cup in August. That game will be played in Istanbul, Turkey.