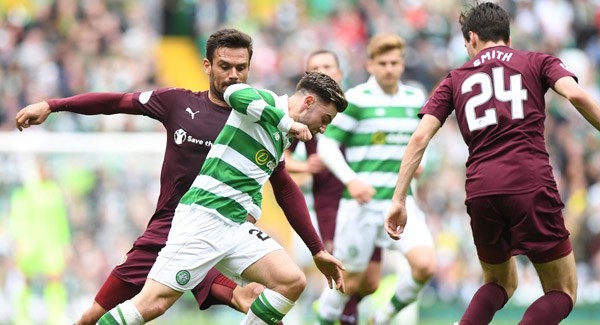 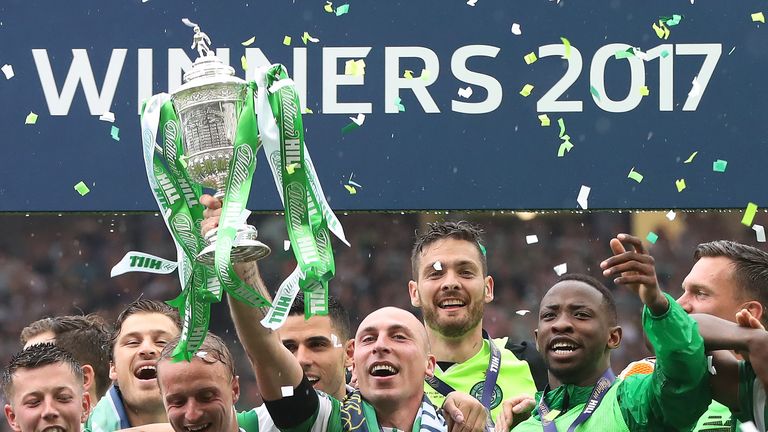 A last-gasp strike from Tom Rogic sealed an historic treble for Celtic as they won the Scottish Cup with a dramatic 2-1 victory over Aberdeen.

Brendan Rodgers’ side had already won the Scottish Premiership and Scottish League Cup, where they also beat the Dons in the final 3-0 back in November, ahead of the Hampden Park final.

Aberdeen took the lead after nine minutes as Jonny Hayes slotted home but Stuart Armstrong replied almost instantly to get Celtic level as the sides traded equal blows for much of the game.

Derek McInnes’ side were close to taking the Hoops to extra time but Rogic hit home on the tightest of angles with just a minute of injury time to play to seal Celtic’s first treble in 16 years. 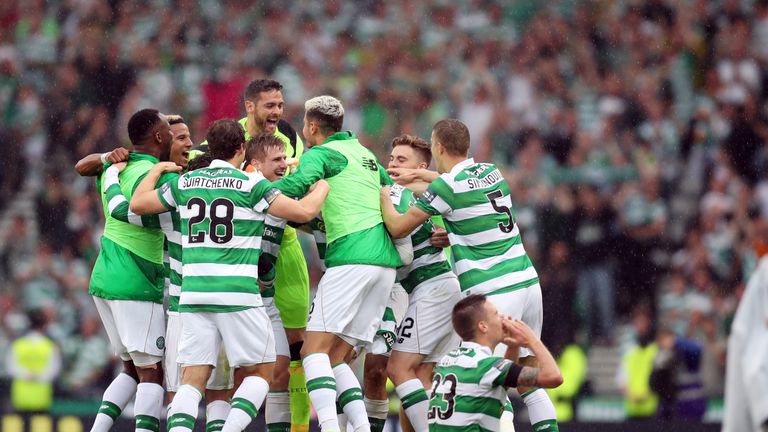 Celtic have won their first treble in 16 years.

They have also finished the season unbeaten in domestic competition, a total of 47 games without loss through the 2016/17 campaign.

Aberdeen broke the deadlock in the ninth minute as Niall McGinn delivered a corner, finding Hayes at the back post who strode away from Leigh Griffiths and hammered home past Kieran Tierney on the goal line who could do nothing to keep it out. But it took Celtic just two minutes to get themselves level as a loose ball fell to Armstrong after Callum McGregor was fouled, with referee Bobby Madden doing well to play the advantage, and the former took a few strides before curling home.

Celtic were forced into a change in the 27th minute after Tierney had received around five minutes of medical attention after clattering into the elbow of Jayden Stockley, leading to a serious mouth injury. He was replaced by Rogic and despite taking a trip to hospital, he returned to lift the trophy at the end of the game. The Dons arguably shaded the half from then on as Craig Gordon was called into action with Ryan Jack and McGinn testing the Scotland international from the top of the box before he pushed away a strong header from Stockley.

Scott Sinclair could have put Celtic ahead on the stroke of half time as Griffiths whipped a ball into him at the mouth of the goal but his attempted tap home had too much on it and it somehow squirmed over the crossbar.

The second half began in a furious fashion with both sides having chances to go ahead, but Aberdeen missed the most glorious of chances nine minutes after the restart. Hayes burst away down the right-hand side and squared a ball to an unmarked Kenny McLean in the middle but he just took an extra step and could not latch onto the pass as it ran wide through an empty area.

But Celtic mostly dominated the game from the 65th minute as Dons goalkeeper Joe Lewis kept his side in the tie, twice, keeping Patrick Roberts at bay with the second pushed onto the post before Mikael Lustig headed just wide from the resulting corner.

Dedryck Boyata went close for the Hoops with just under 20 minutes to play but his powerful header flew over the bar before Lewis was once again called into action, getting down low at the back post to collect an attempted tap in from Sinclair.

But with extra time looming and Celtic camped around the Aberdeen area, Rogic picked up the ball in the middle of the Dons half and strode forward, getting away from Anthony O’Connor on the right-hand side before hitting home on a tight angle. It sent the ball wriggling under the body of Lewis to give Celtic their fourth treble-winning season in the club’s history.