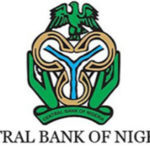 The Central Bank of Nigeria (CBN) yesterday lifted the foreign exchange forex market with a $255 million intervention to ease pressure on the naira.

The injection assisted marginally to stabilise the naira against the greenback and deepen dollar inflow into the market.

A breakdown of the intervention showed that $100 million was released for the wholesale segment of the market for both spots and forwards. Basic Travel Allowance (BTA), which comes under invisibles segment, got $50 million. The Small and Medium Scale Enterprises (SME) segment received $55 million.

Traders, citing a notice from the regulator, said the currency forwards being auctioned would be settled within 60-days and backed by customer demand.

The naira was exchanging at N381 to the dollar in the parallel market, and could strengthen further as currency speculators abandon the market over fears of recording huge losses.

The naira has firmed on the black market from its record low of N520 to the dollar in February, before the CBN’s intervention in the foreign exchange market.

Besides, the rates convergence, which the World Bank and international investors have been demanding from the CBN, is gradually being achieved as more confidence returns to the market.

The Acting Director, Corporate Communications Department at the CBN, Isaac Okorafor, said the Investors and Exporters segment of the market had so far recorded a trade volume of $1.1 billion from both the CBN and autonomous windows.

According to him, the feat was an indication of the appreciable level of confidence in the foreign exchange management by foreign investors and autonomous suppliers of foreign exchange to the market.

Nigeria’s currency crisis was triggered by low oil prices, which have adversely affected its foreign reserves and created chronic dollar shortages. It was the need to curb these dollar shortages that prompted the CBN to regularly inject dollars into the market  to narrow the gap between official and black market rates.