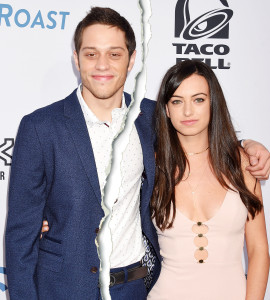 Fans are taking to Cazzie David’s Instagram page to share some unsolicited advice amid the news that her ex-boyfriend Pete Davidson is now a single man.

After news broke on Sunday, October 14, that Ariana Grande and the Saturday Night Live star, 24, had ended their engagement, fans began to fill David’s page with comments urging her to not get back with Davidson. Writing underneath a photo of the actress, one wrote, “Don’t take him back. I REPEAT don’t take him back!!” while another commented, “Girl we all knew it wasn’t gonna last. That relationship was pure lust. You are too good for him.” 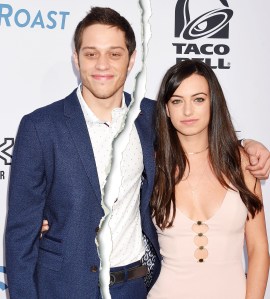 Other fans simply shared their opinion instead of offering advice. One wrote, “Honey you won the breakup” while another said, “Yup he got his karma. Living the luxury life now it’s cut off.” Another simply stated, “If ur lowkey sad about Pete just know that u honestly lost nothing.”

The Eighty-Sixed creator, 24, and Davidson had dated for two years before going their separate ways in May 2018. Shortly after their breakup, the comedian started dating Grande, 25, and he proposed to her in June after weeks of being together. Although David never publicly spoke out about her feelings concerning her ex moving on so quickly, she trolled Davidson’s new relationship in June on Instagram. Poking fun at the recent headlines surrounding her ex’s romance, David captioned a photo of herself in a safari jeep, “Been in Africa. What’d I miss??”

In September, Davidson appeared on Howard Stern‘s Sirius XM radio show, where he addressed moving on from David so quickly. “Timing, I feel like, is everything. We both were in a similar situation at the same time,” he explained, referring to the “Side by Side” singer’s previous relationship with Mac Miller, who she dated for two years.

Davidson and Grande’s split comes just weeks after Miller died at the age of 26 on September 7 of a suspected drug overdose. Following the “My Way” rapper’s death, her rep explained she would be taking time off to deal with anxiety.