Casey Affleck Got Into a Car Accident–and Brought the Cop to Jimmy Kimmel Live! 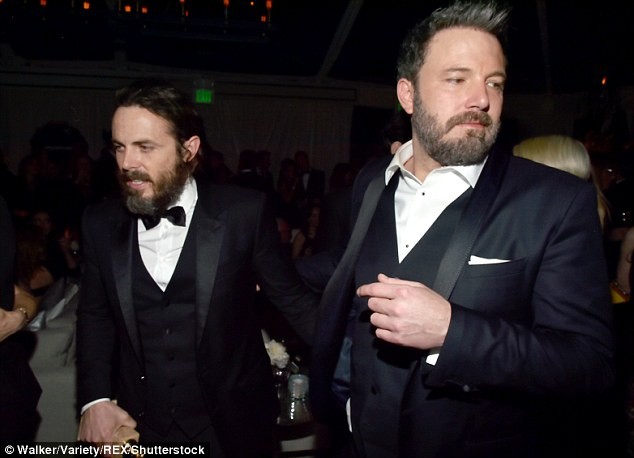 Well, this is one way to be prepared.

During a sit-down on Jimmy Kimmel Live! Tuesday night, Casey Affleck revealed he had recently been in a car accident. Now, he is taking special measures to ensure help is close by.

“A couple days ago I was in a car accident—the first car accident I’ve ever been in my life,” the Oscar winner divulged to Jimmy Kimmel. “Officer Bivens showed up there. He responded. He was amazing. He took care of the situation.”

In fact, Bivens was sitting right there in the studio audience. “I thought it would be nice to have him along,” Affleck explained. “He makes me feel comfortable now in scary situations…When he’s there, I know everything’s ok.

While they are clearly pals now, the policeman didn’t exactly know who the actor was when they initially met. “At first I knew it was somebody who was famous, but I couldn’t put my finger on it,”  Bivens admitted. “I had to google him later and I thought, ‘Holy mackerel—this guy’s really famous.”

The admission may have landed the officer in some hot water with the star. “We’re not going anywhere else together now,” Affleck quipped.

In the officer’s defense, Affleck’s face was covered in facial hair up until recently. “It takes me about a year to grow a single whisker, so I felt like once I had it, I was going to hold onto it,” he joked about his longtime beard.

During the interview, the actor also revealed where his first Oscar statue ended up after he accepted it in February—in one of his kids’ bedrooms under a wet towel. As Affleck explained, he felt so bad for forgetting to thank his two sons in his acceptance speech that he went home after the ceremony and gave them the statue.