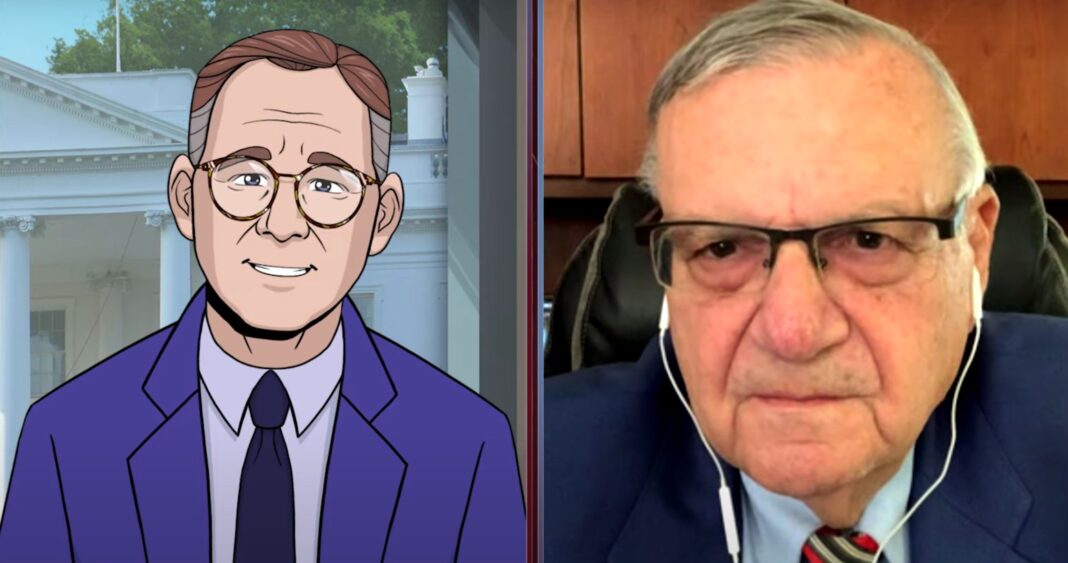 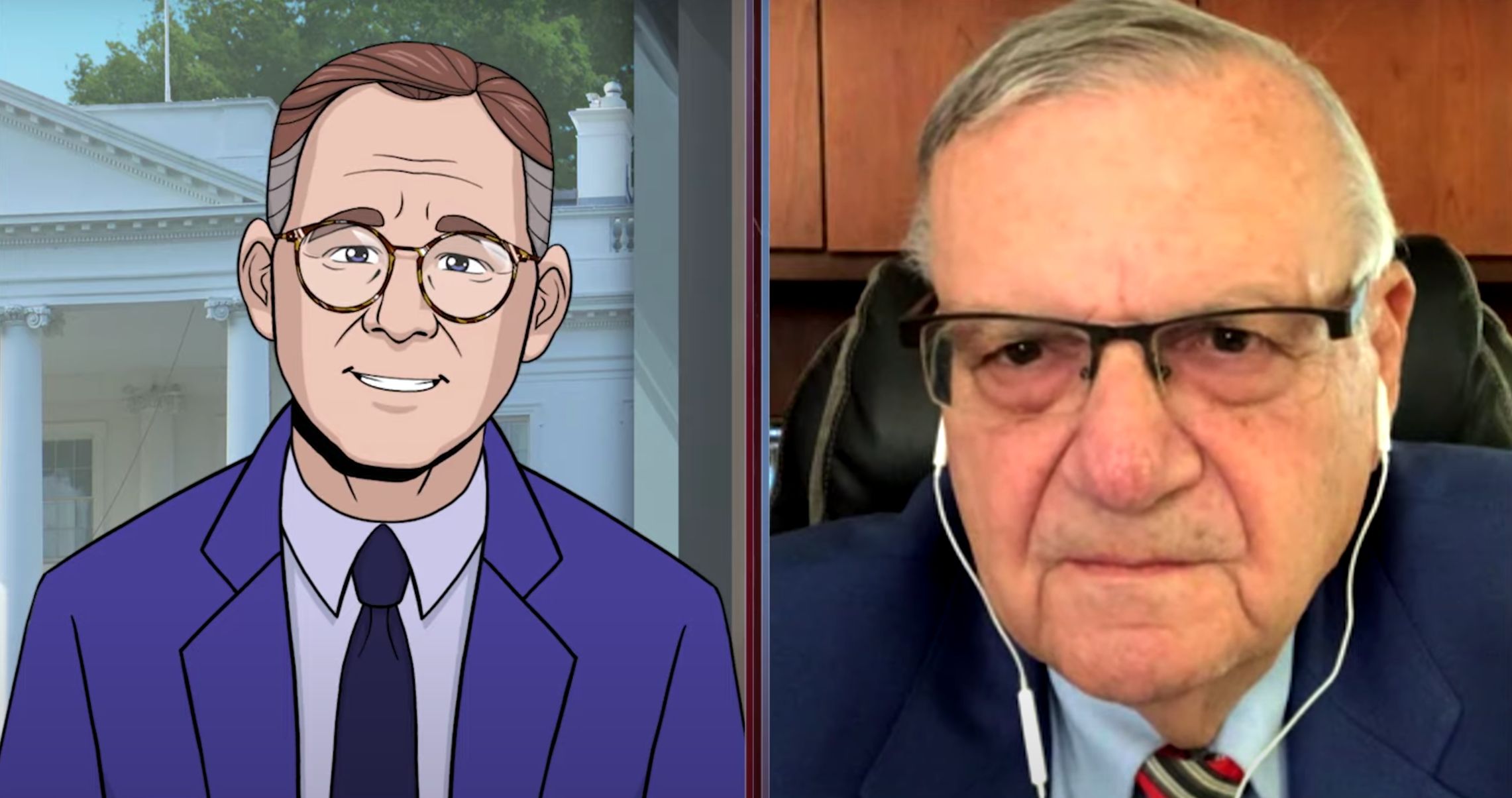 Joe Arpaio may have just had the crappiest interview in his career, thanks to some animated “journalists.”

Anyone expecting the animated anchors to throw softball questions at Arpaio were in for a shock.

A third of the segment detailed a long list of what the show called Arpaio’s “atrocities,” and the first question didn’t take place until nearly three minutes into the nearly 10-minute segment.

But it was a doozy: “When did you discover your love of bigoted sadism was shared by so many people in America’s fourth-most populous county?”

Arpaio griped that he didn’t “have 50 hours to answer your Mickey Mouse questions that you get from some weekly newspaper.” He also argued that statistics suggesting that 157 inmates died while imprisoned in his tent city — 39 of whom hanged themselves — were inaccurate.

One of the show’s animated hosts, Teddy Hopper (voiced byJeremy Bent), apologized to Arpaio for treating “confirmed facts as facts.”

Arpaio seemed to be prepared for tough questions, but there was one that he was unprepared for.

That was when anchor Rich Ballard (voiced by Addison Anderson) tried to ask a question with a more positive spin.

“Now I don’t want to seem like a hokey idealist, but can we look forward to a day where people will take the biggest shits imaginable on your grave?” he asked.

Arpaio was understandably confused. “Take a what on your grave?” he asked.

After a moment of awkward silence, Ballad clarified.

Arpaio said he did not understand the question.

Hopper then closed things out on a positive note. Well, positive if you’re not Joe Arpaio.

“Welp, I just remembered that life is fleeting, and it’s not worth wasting another second haranguing a monster, no matter how much he deserves to live by himself on salt flats,” Ballard said.