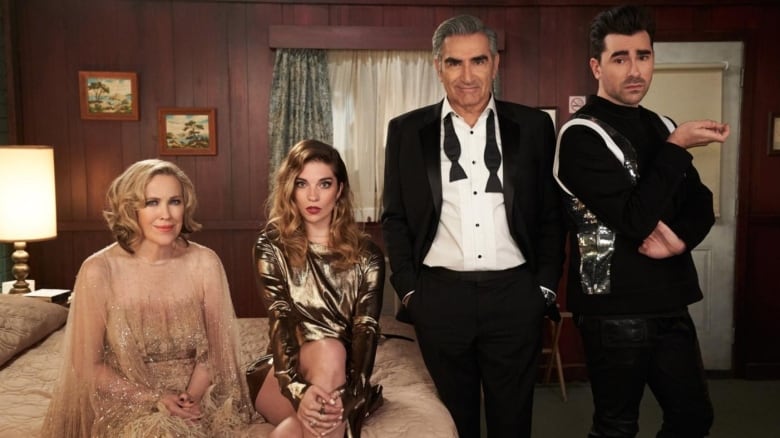 Winners of the 2020 Canadian Screen Awards will be announced virtually in a series of shows later this month.

The awards, which typically span a week of celebrations in March but were cancelled because of the pandemic, will be revealed in eight pre-taped online presentations. They will include footage from film, TV and music video nominees.

The Academy of Canadian Cinema and Television had announced in March it would postpone revealing the winners because of the uncertainty around COVID-19 until the “time is right.”

CBC’s Schitt’s Creek earned the most nominations overall with a record 26. François Girard’s The Song of Names leads the film categories with nine. Nominees were announced in February.

Each of the eight vignettes will be narrated by a well-known Canadian, including Will & Grace star Eric McCormack, Raptors announcer Herbie Kuhn and W5 broadcaster Lloyd Robertson.

Winners will be encouraged to upload their acceptance speeches afterwards.

In total, there are 144 film, television and digital media categories for the 2020 Canadian Screen Awards.

The multiple virtual presentations will take place from May 25 to May 28 and will be streamed live on the academy’s website and social media pages.