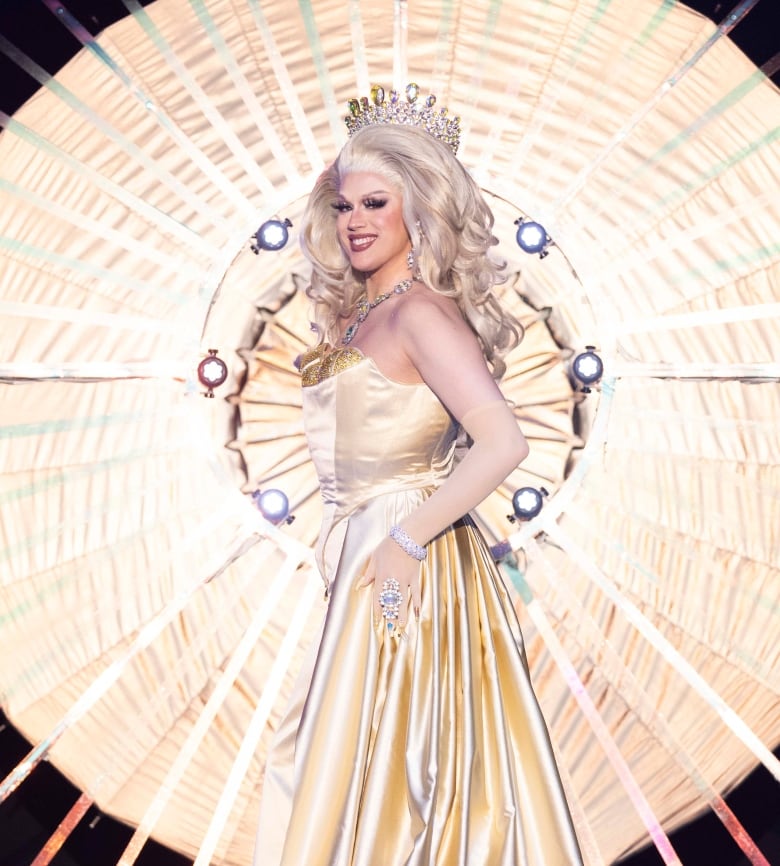 Canada has two new drag superstars to add to a burgeoning roster of homegrown queens with international success.

Jimbo the Drag Clown and Lemon are well on their way to becoming drag queen royalty, after brief but impressive turns on the latest Drag Race franchise — RuPaul’s Drag Race: UK Versus the World.

It’s a popular all-stars-style spinoff to the original RuPaul’s Drag Race series, which brought nine veteran queens from all over the world together to vie for drag domination. And unlike the franchise spinoff Canada’s Drag Race, this series is presided over by Mama Ru herself.

Lemon, a multi-talented performer with strong dancing skills and polished pageant looks, was booted off the reality competition show in its first episode, after she sang and danced to her own original song — and did the splits off a set of stairs. She worried her early elimination from the show could be career-ending.

“[I thought] everyone else is going to watch this and be like, ‘Oh yeah, Lemon actually is boring, and we’ll never pay to go see her or we’ll never want to buy her music,” said the Toronto-based queen. “It was a hard year trying to get myself out of that headspace.”

But the fan response was swift — and supportive, she says.

“I have some tour plans for the entire year of 2022, so I’m pretty much booked until next year, which is really amazing,” Lemon said.

Jimbo, a self-described “drag clown” with larger-than-life looks, signature big boobs and an acidic wit, hung in for a few more episodes.

The format of the new BBC show has veteran drag queens compete and choose who goes home. It means anyone can go home basically at any time, and any small misstep in a challenge could mean elimination — even if a queen has been performing well.

That’s what happened to Jimbo, even after a bizarre but captivating talent show performance that the show’s judges loved. Jimbo dressed up in a white latex suit, opened a box marked “talent” and found nothing inside. Then, she found bologna inside her latex suit and proceeded to throw it at herself and the judges.

“We’ve all had that, ‘I’m not good enough, or maybe I don’t have talent.’ And so I wanted to sort of look that right in the eye and go, ‘What would happen if I actually brought no talent?'” said Jimbo.

“Of course, I am a clown, and I had packed my bologna, and my talent is what’s inside of me.”

Other queens lip-synched, danced and sang their own songs. The judges were pro-bologna.

“People are disappointed that that’s the end of that for now. But I’m really hoping that the success of my time on the show — you never know,” said Jimbo.

“To be seen by RuPaul as someone that is talented, someone that deserves a microphone for a bit — it’s just absolutely incredible.”

‘All eyes are on the queens of the North’

Even five years ago, it would have been hard to name internationally famous Canadian drag queens — though drag fans have had their local favourites for decades.

“Brooke Lynn Hytes was a pioneer for that. She was the first [Canadian queen] ever to get on RuPaul’s Drag Race, which is mind-blowing,” said Sofonda, a Toronto-based queen who has been performing for more than 20 years.

“She opened up, you know, maybe we should look at Canadian queens, definitely. All eyes are on the queens of the North, which is great.”

Brooke Lynn would go on to host the first and second seasons of Canada’s Drag Race, which created another Canadian drag superstar, Priyanka. The former YTV host won the first season and is now an international success.

“Priyanka, her representation for different cultures is amazing,” said Sofonda. “The more drag you see on the mainstream helps all the local queens. You know, their win is our win, really.”

Lemon says in the past Canada has had a bit of a “little brother, little sister” role in the drag world.

“Every drag artist is so completely different. I use this example frequently, but look at me and Jimbo being the two representatives for Canada. You really couldn’t get more opposite ideals in drag,” said Lemon. “You know what Jimbo wants for people to think about Jimbo is the exact opposite of what I want people to think about me.”

‘A drag queen born every minute’

Canadian queens getting an international platform — especially one as large and significant to the drag landscape as Drag Race — is pushing the art further into the mainstream. That means more gigs for local queens, Sofonda said.

She said she’s now booking shows at spots far outside of Toronto’s Church and Wellesley area, where the majority of the city’s LGBTQ bars are. And where she previously felt there was fierce competition for gigs, more talent bookers are hungry for queens.

“They love that there’s a queen there in the club,” said Sofonda, who teaches a class on how to do drag for the City of Toronto. “Right now, everyone seems to be becoming a queen. There’s a drag queen born every minute.”

But the queens who have been around as long as Sofonda and Jimbo have suffered major revenue losses thanks to the pandemic, with indoor performance a non-option and crowds slow to return to clubs.

“I was like, ‘Oh, it will pass, I will go back to work,’ and then there’s a reality set in that we’re not going to be working,” said Sofonda. She set up online shows and even got a busking license to allow her to perform outdoors.

“It was crazy, but we survived … We’re definitely back full force and everyone’s excited.”

Jimbo thinks the show comes at a good time.

“In times of struggle, it’s really the artists that get us through — it’s the comedians, and art is a struggle. It’s a struggle to get your art out there. It’s a struggle to hone your craft,” said Jimbo. “I am so grateful to be a gay guy from Canada who was able to have the courage and be supported to live my authentic self and to share that.”

Beyond audiences, Lemon wants the popularity of the season to give local queens across the country a boost.

“People need to remember that we are not the best drag queens in Canada. That’s not true. We are the people that have made a reality television show,” said Lemon.

“I think that’s something that we need to really highlight when we’re watching Drag Race is to think, ‘Wow, this is amazing. And if I love this, I would probably love going on a Friday night and throwing all of my money at, you know, any of the queens that are performing.'”

The final episode of RuPaul’s Drag Race: UK Versus the World airs March 8. In Canada, you can see the show on Crave.