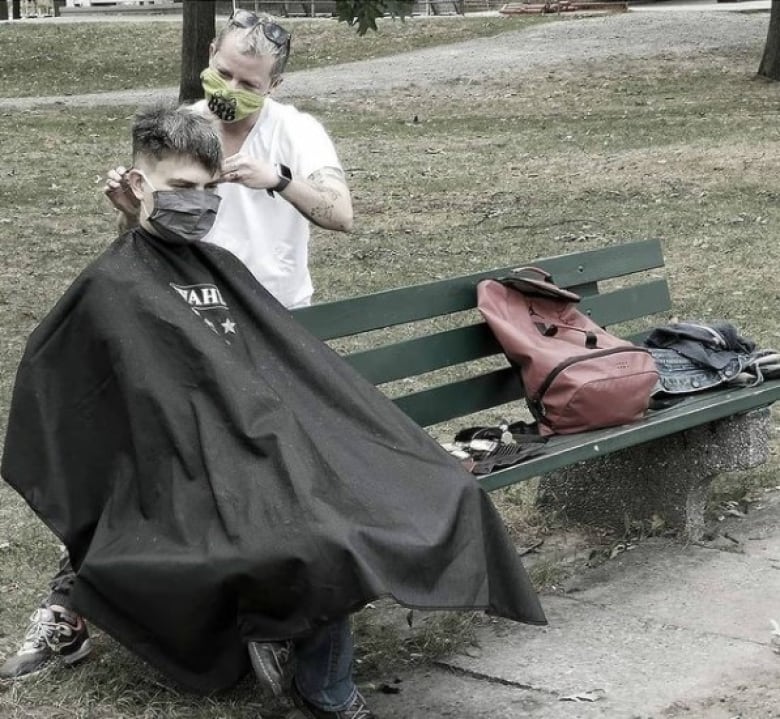 Canada’s economy lost 207,000 jobs in April, as a new round of government-ordered lockdowns forced businesses to lay off workers.

Statistics Canada reported Friday that 129,000 full-time jobs were lost, along with an additional 78,000 part-time positions.

The jobless rate ticked up to 8.1 per cent from 7.5 per cent a month earlier.

While economists were expecting jobs to be lost in the month, the figure came in worse than the 175,000 losses expected.

Many workers have gotten used to the constant seesaw of finding work in the pandemic, only to lose it again.

Tyler Lumb opened his own barbershop in Toronto in 2018, and like many businesses it was hit hard by the pandemic.

He shut his doors in March 2020 and wasn’t sure when he’d be able to reopen them. He was eligible for government aid programs like the Canadian emergency response benefit (CERB), but said they weren’t enough to cover his rent, so times have been tough.

“For my industry specifically it’s been a really big struggle, I mean we haven’t worked for almost a year,” he said.

High-touch businesses like barbershops have been especially hard hit, but a few weeks ago, Lumb started offering haircuts to customers outside, in High Park, in the west part of the city.

“I feel like that’s the safest thing for both myself and my clients, and it’s been proven to be very safe,” he said of his pop-up business, which he calls High Park Barber.

But the province’s stay-at-home order put an end to that, too, as parks were even ordered shut at one point.

Now Lumb says he’s not sure he’ll ever reopen, even if he’s given the OK to do so. “The government’s chosen big box companies over small businesses, and let the rich get richer,” he said. “It has deterred me from wanting to open another business here in the city.”

Ontario and B.C. bore the brunt

That’s bad news for the city and the province, because Ontario will need businesses and jobs like Lumb’s to come back to offset the disproportionate number of job losses the province saw in April.

Almost all the job losses were concentrated in Ontario and British Columbia, two provinces that implemented strict coronavirus control measures to try to keep a lid on rising COVID-19 numbers.

Saskatchewan and New Brunswick added a small number of jobs, and in every other province the job market was basically flat.

Sri Thanabalasingam, an economist with TD Bank, said that April’s figures confirm what economists had been suspecting: that the economic recovery from COVID-19 took a step back last month — and may not have turned the corner yet, either.

“With restrictions remaining in place across the country, Canada’s labour market recovery will probably not fully course correct in May,” Thanabalasingam said.

“The snapback could occur in June, however, as the vaccination rollout ramps up, and caseloads gradually decline in large parts of the country. Better days are ahead for the Canadian labour market, but it may take a little longer to get there.”