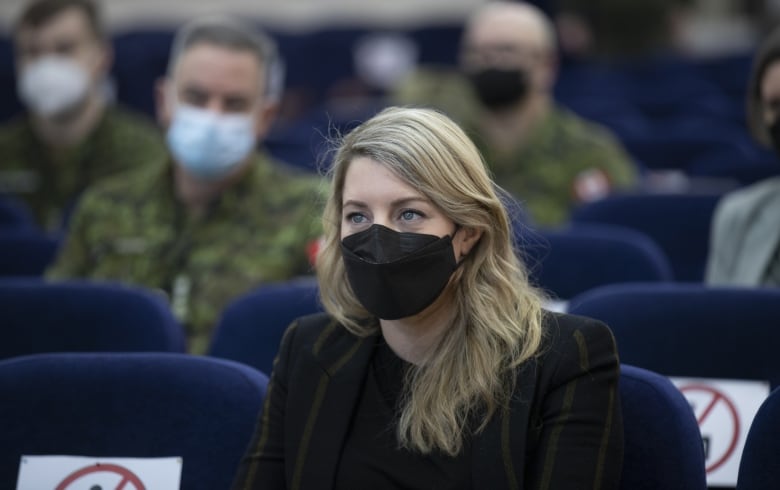 The federal government committed to send at least $25 million in additional non-lethal military aid to Ukraine as that country fights against a Russian invasion.

The deliveries will include helmets, body armour, gas masks and night vision gear. Foreign Affairs Minister Mélanie Joly said she was coordinating with her Polish counterpart to deliver shipments through the NATO member.

“Canada and its allies are working together to equip Ukraine with the tools they need to continue the fight. We hear their calls for more help, and we are doing our part,” Joly said.

Joly made the announcement in a press conference Sunday afternoon, speaking with Defence Minister Anita Anand.

Anand said the over $7 million in lethal military aid Canada had previously committed had been delivered. She emphasized a combat mission to aid Ukraine was “not on the table” for Canada or NATO allies, including the United States, though NATO was working to bolster its defences in the region.

Anand did not rule out providing additional lethal military aid to Ukraine.

To transport these supplies to Ukraine, and to address other NATO needs, <a href=”https://twitter.com/CanadianForces?ref_src=twsrc%5Etfw”>@CanadianForces</a> will provide airlift support. As we continue to respond to President Putin’s brazen disregard for international law and human rights, we’ll be there for Ukraine and the Ukrainian people.

The announcement comes on a day of rapid developments in the war, as Russian President Vladimir Putin directed his country’s nuclear forces to step up to high alert. Ukraine later announced a delegation would meet with Russian officials for talks.

In an interview on Rosemary Barton Live on Sunday morning prior to the aid announcement, Joly said Ukraine cannot negotiate a peace agreement with Russia while under intense military threat.

“We understand the importance of diplomacy, but at the same time, Ukraine cannot negotiate with a gun [to] their head,” Joly said.

Russian and Ukrainian officials agreed Sunday to meet near the Ukraine-Belarus border for peace talks.

Joly told guest host David Cochrane that while she was in favour of negotiations, she was “preoccupied” with the gap between what Russia has said and done over the past several weeks.

The question of using nuclear weapons in this situation is unconscionable, it’s unjustifiable. This madness has to stop.– Mélanie Joly, Canada’s foreign affairs minister

“We’ll wait and see” if the talks are productive, Joly said.

She also denounced a move by Russian President Vladimir Putin on Sunday to up the readiness level of Russia’s nuclear forces.

“I’m very concerned about the irrationality of President Putin. But I think that the question of using nuclear weapons in this situation is unconscionable, it’s unjustifiable. This madness has to stop.”

The foreign affairs minister continued to employ some of the harsh rhetoric that has characterized the official Canadian response so far this week, saying financial sanctions against Russia were intended to “suffocate” the governing regime.

On Friday, Canada levied sanctions against Putin and his inner circle, while on Saturday, countries moved to cut some Russians banks off from the key SWIFT financial communications network. Canada and the European Union closed their airspace to Russian carriers on Sunday.

The EU also took the steps to ban some pro-Kremlin media agencies, including RT and Sputnik. Joly said Sunday afternoon that Heritage Minister Pablo Rodriguez was working on the issue.

“We all agree that RT is a problem and that we will solve it,” Joly said.

Despite the conflict, Joly said Canada would continue to have a diplomatic presence in Russia.

“What we need to do right now is continue to have an ambassador in Russia, because the glimpse of hope is definitely that we’re seeing Russians themselves … speaking out and taking a lot of risk against the Russian regime,” she said.

Speaking later on Sunday, Joly and Anand both reiterated the official government position that Canadians not travel to Ukraine, but also expressed sympathy with the desire of many to protect their ancestral home or aid family members.

Joly called on Canadians to speak with family or friends in Russia to counter what she described as “a powerful propaganda machine that is selling falsehoods and lies about their motivations and invasion of Ukraine.”

Bob Rae, Canada’s representative to the United Nations, said Putin’s actions over the weekend were a sign of “deeper irrationality” and appealed to other Russians in positions of power to chart a more reasonable course.

Rae said there were Russian officials who know “that to take Russia down deeper than it’s already gone into the pathways of complete irrationality is very dangerous for Russia, as it is for the rest of the world.” 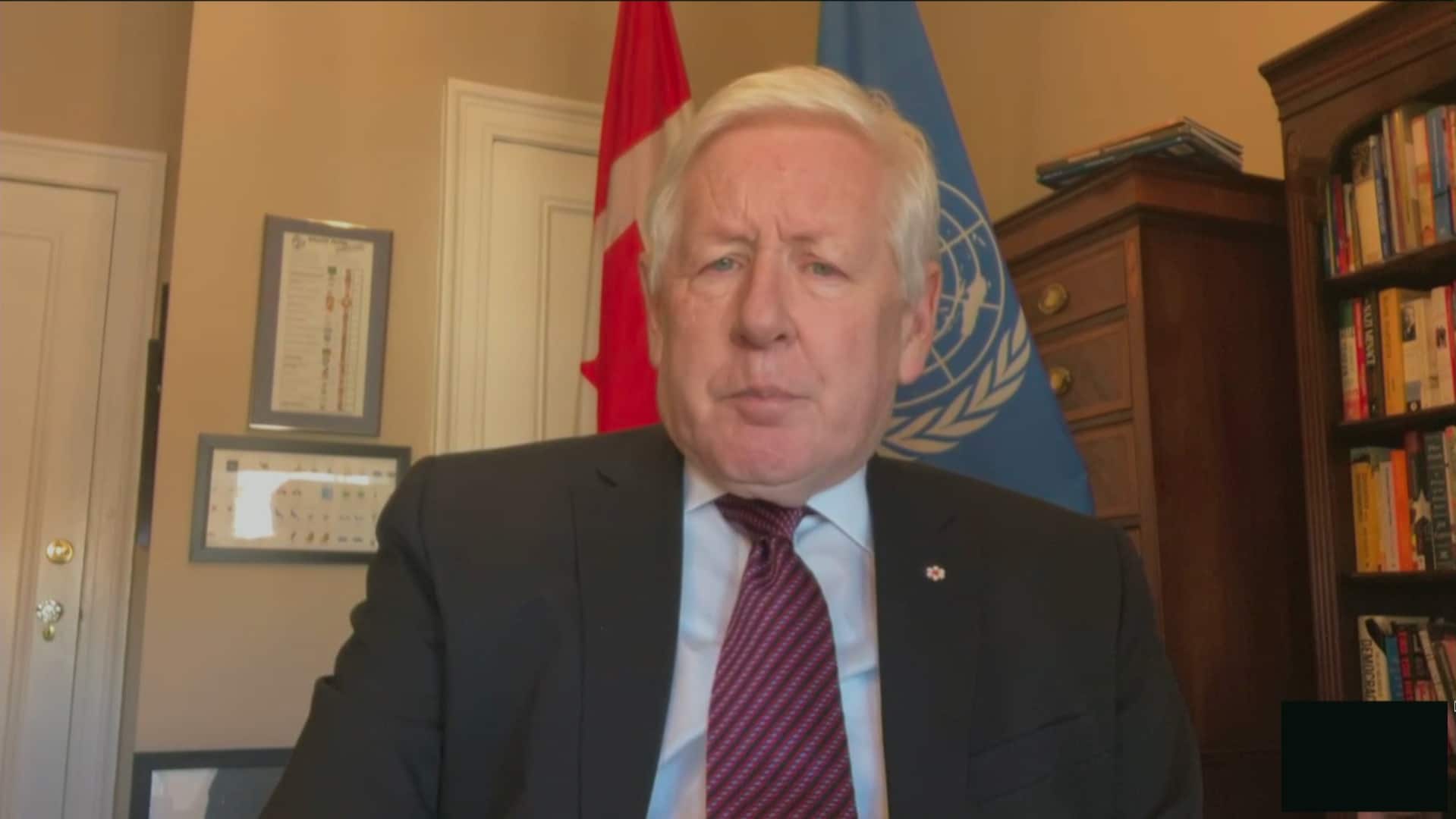 Canada’s ambassador to UN Bob Rae says Putin’s irrationality endangers Russia and the world, and it’s a time to be united, not intimidated, against Russian president’s actions 9:13

Rae expressed some hope that internal dissent in Russia might lead to a positive outcome.

“This campaign has proven to be a significant disaster for President Putin, and I think the Russian people are increasingly coming to understand that.”

Rae praised the leadership of Ukrainian President Volodymyr Zelensky and “we’ll see what happens” when it comes to nascent peace talks.

While some saw a glimmer of hope that further conflict could be avoided through the negotiations, one Ukrainian MP expressed skepticism that Putin had any genuine desire to end the conflict.

“We have no doubt or no fake hopes that these negotiations will come to anything. But as a country that is democratic and persists on diplomatic way of resolving conflicts, we had to go,” said Kira Rudik, an MP who heads the opposition Holos party.

WATCH | Ukrainian MP does not think talks will bring peace: 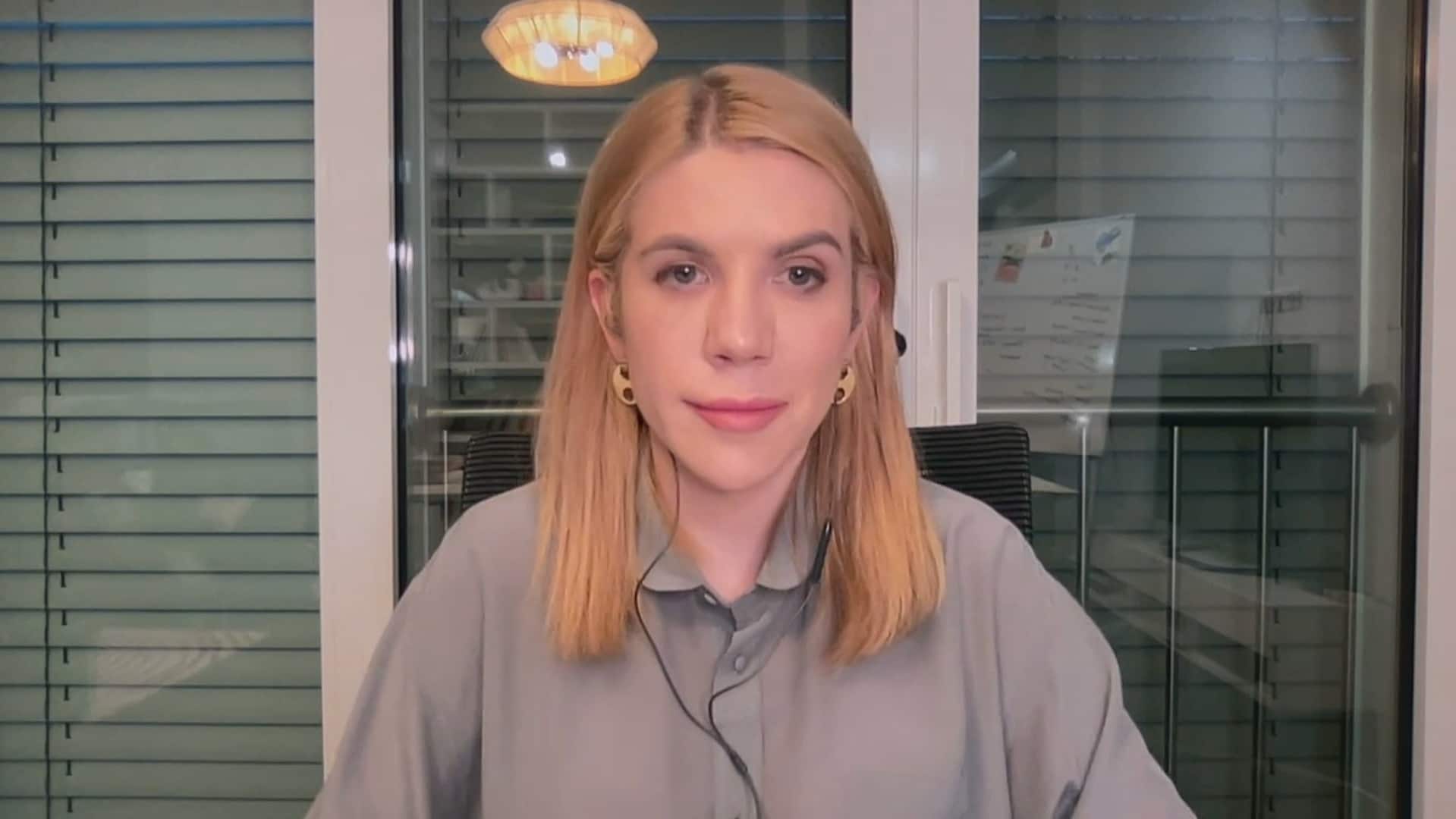 Kira Rudik, a member of parliament in Ukraine joins Rosemary Barton Live to discuss the situation on the ground in Kyiv. She has equipped herself with weapons, along with many other volunteers and political leaders to help the Ukrainian military fight Russian troops. 6:49

“So then when Putin is saying I want peace or I am ready to negotiate, this means only one thing: He’s gathering his troops to attack you from the back … And if Putin says, ‘I intend to figure something out on a mutual benefit,’ it means ‘I’m trying to screw you.'”

Rudik said the Russian decision to engage in peace talks with no preconditions was the result of strong Ukrainian resistance and the impact of financial sanctions.

Zelensky himself said the talks were unlikely to result in the end of warfare.

“I do not really believe in the outcome of this meeting, but let them try so that later not a single citizen of Ukraine has any doubt that I, as President, tried to stop the war, when there was even a small, but still a chance.”