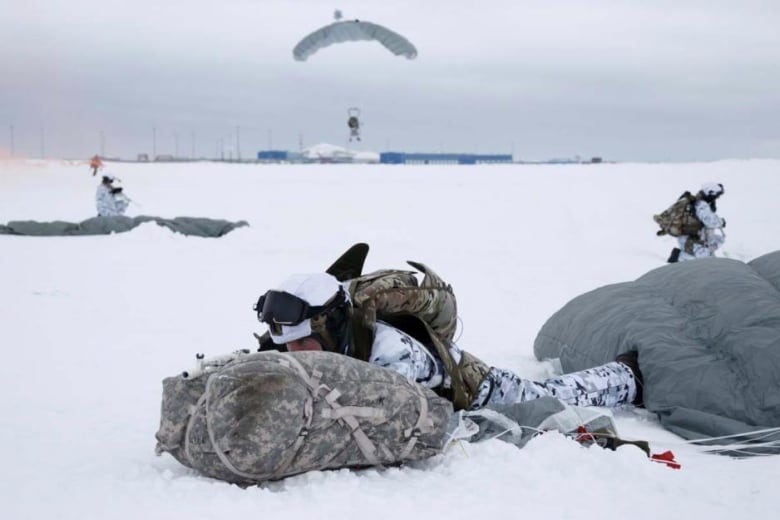 A prominent Inuvialuit leader said Canada must build up a more consistent presence in the Arctic if the country is going to protect its sovereignty in the region.

Duane Smith, chair and CEO of the Inuvialuit Regional Corporation — which represents the interests of Inuit in the western Arctic — said the region is the “backdoor into Canada” and his community has been on the “front lines” of Canadian sovereignty.

In an interview with CBC’s The House that aired Saturday, Smith said he had told Prime Minister Justin Trudeau that communities in his region were seeing increased presence of research vessels from other countries. He also highlighted instances in which it was Indigenous communities that alerted the government to the presence of foreigners.

“A lot of Canadians might say, ‘that place is so far and or more remote, what’s the purpose of having security and sovereignty in such an area?'” Smith told The House host Chris Hall.

CBC News: The House8:07How Canada can secure the North

Duane Smith, chair and CEO of the Inuvialuit Regional Corporation, tells The House about what the government needs to do to protect Canadian sovereignty in the far north.

The answer, he said, was honouring the modern treaty and the protection of a substantial part of Canadian territory and its resources.

“So, that’s why I suggest that there needs to be some kind of more consistent longer-term strategy of the federal government in regards to having a presence visibly and conducting more consistent activities and committing infrastructure to the region — to show that this is Canada.”

The Arctic has become a growing focus for countries like Russia and China, which have invested in northern military bases and assets like icebreakers.

The federal government, meanwhile, says it is committed to ensuring its sovereignty in Canada’s Arctic through investments in new patrol vessels and modernizing North American Aerospace Defence Command (NORAD).

Ottawa committed an initial $252 million to modernizing NORAD in 2021, while its devoted around $6 billion in this year’s budget to defence priorities, which include continental defence.

But the government has not detailed the specific breakdown of how those billions will be spent, with the announcement slated to come “this spring,” according to a statement from Defence Minister Anita Anand’s office.

The federal government has also made a shift in traditional Canadian northern defence thinking, which has previously focused on military infrastructure and training exercises. Trudeau, meanwhile, has framed close co-operation with and investment in northern Indigenous communities as key to security in the region.

“What this policy, and quite frankly, the relationship that we’ve built over the past number of years in the Crown-Inuit partnership [shows] is [that] sovereignty in the North passes through the people who live there and who have lived there for millennia,” Trudeau said last month.

Conservatives have accused the federal government of not going far enough in committing resources to securing the North.

“Our Arctic sovereignty and security cannot be protected by more Liberal empty promises,” Conservative critic Bob Zimmer said in the House of Commons this week.

Smith said his community was interested in working with the government on things like housing but also on additional infrastructure projects, such as the Inuvik airstrip expansion — a Department of National Defence project.

Smith said that costs for the Inuvik airstrip expansion were expected to go up because of things like the cost of fuel.

“But that should not be a reason to continuously delay a project that is significantly important to Canada’s security and sovereignty,” he said.

As far as a more robust military presence in the region, Smith said he was not opposed to that more traditional approach.

“We even have suggested that a small military base would still be of benefit from an optics perspective,” Smith said. It might not be economical to keep a large force in the region, he said, but it would send a message about Canada’s commitment.