Canada is headed for a federal election on Sept. 20 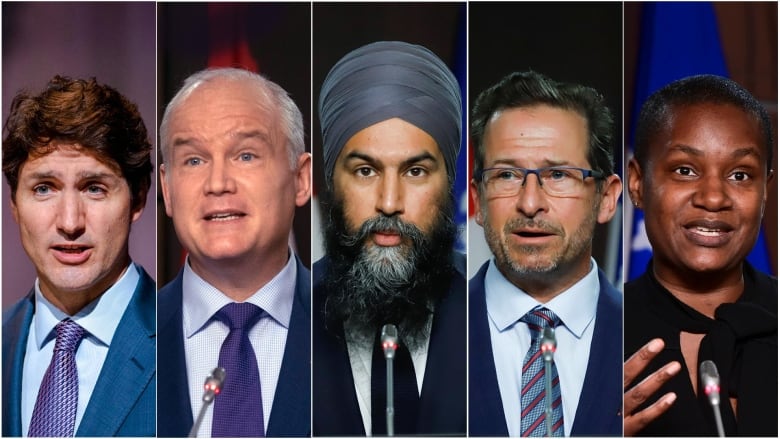 Canadians will head to the polls on Sept. 20.

The campaign will last 36 days — the minimum campaign length permitted by law.

Opposition parties have argued against an early election call. Canada’s next fixed-date election was set for October 2023.

NDP Leader Jagmeet Singh went so far as to urge Simon to refuse Trudeau’s request. Conservative Leader Erin O’Toole said Monday he was concerned about holding a campaign during a fourth wave of the pandemic and accused Trudeau of pursuing an election in his own political “self-interest.”

From the podium outside of Rideau Hall this morning, Trudeau pushed back against his critics, saying Canadians deserve a chance to decide who should guide the country out of the pandemic.

Liberals leading in polls so far

At dissolution, the Liberals hold 155 seats in the House of Commons, while the Conservatives have 119, the Bloc Québécois 32, the New Democrats 24 and the Green Party two. Five seats are held by independents.

The federal Liberals continue to hold a lead in public polling, capturing 35.6 per cent of public support against 28.8 per cent for the Conservatives and 19.3 per cent for the NDP, according to CBC’s Poll Tracker. That level of support puts them just in range of the 170 seats needed to form a majority government.

The Conservatives say they plan to argue that Canadians can’t afford to trust the Liberals with the country’s post-pandemic economic recovery.

“It’s about who will take action to protect Canadians from spiralling living costs, from rising taxes, from poorer services.”

O’Toole also wants to use the short campaign to reintroduce himself to Canadians and try to grow his party’s tent with a climate plan that includes a form of carbon pricing for consumers.

“I am a new Conservative leader with a proven track record and fresh approach,” he said.

The NDP, meanwhile, is hoping the work New Democrat MPs did in pushing for more generous COVID-19 aid programs will resonate with Canadians at the ballot box and carry them out of fourth place.

The NDP has also released a platform which includes universal pharmacare, a guaranteed livable income and free tuition.

The Liberals are expected to point to their record on navigating the country through a once-in-a-lifetime pandemic, while campaigning on commitments for the future. The party enters the campaign after the government signed agreements with multiple provinces to bring child care costs to $10 a day within five years.

On day one, Trudeau was asked about the evolving situation in Afghanistan as the Taliban enter the capital.

Hours before the official election call, the government announced Canada is shutting down its embassy in Kabul and suspending diplomatic operations in the country.

It also intends to take in as many as 20,000 additional refugees from the war-torn country.

“We are extremely concerned about the situation in Afghanistan and I can assure you that officials and indeed ministers continue and will continue to weigh in on protecting Canadians, getting Canadians safely out of Afghanistan and continuing to step up as Canada has so many times around the world to bring people to safety,” he said.

When an election is called, the federal government enters a “caretaker” mode that limits most major decisions.

The campaign begins as new daily cases of COVID-19 continue to rise in much of the country — part of what Canada’s chief public health officer, Dr. Theresa Tam, has described as the “early signs” of a delta variant-driven fourth wave.

Tam has said that, thanks to Canada’s high vaccination rate, a federal election can be conducted safely by putting in place health and safety protocols.

Stéphane Perrault, Canada’s chief electoral officer, called last summer for a longer campaign to give Elections Canada time to prepare health measures and logistics, though the agency says it can execute a 36-day race safely. The country’s elections agency said Sunday that its preliminary analysis suggests that between two and three million Canadians might choose to vote by special ballot, mostly by mail.

The federal election is the seventh major election campaign launched in Canada since the start of the pandemic, following races in Nova Scotia, Yukon, Newfoundland and Labrador, Saskatchewan, British Columbia and New Brunswick.

According to Elections Canada, the estimated cost of the 43rd federal general election was $502 million.