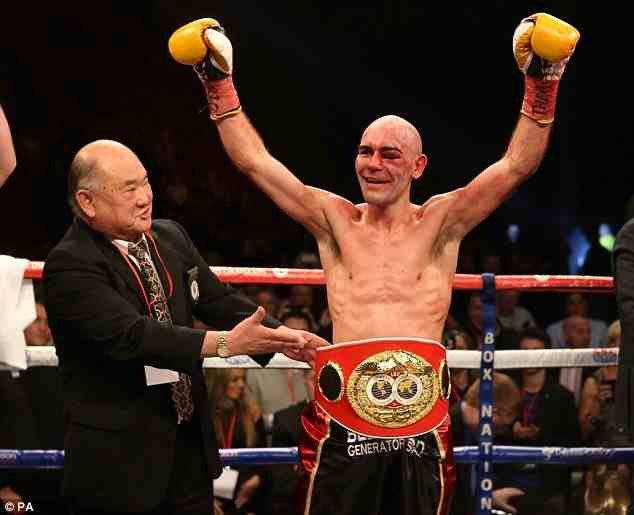 In June 2014, England’s Paul Butler won a split decision over countryman Stuart Hall to win a bantamweight world title. Three years later, they will meet again for the right to challenge for another world title.

Butler, who never defended the belt, opting to go down in weight for an unsuccessful junior bantamweight title shot, is back at bantamweight. He will take on Hall on Sept. 30 at Echo Arena in Liverpool, England, Matchroom Boxing promoter Eddie Hearn announced Monday.

As part of the unveiling of the fight, Hearn announced that he has signed Butler (24-1, 13 KOs), 28, to a promotional agreement.

Stuart Hall, left, will look to avenge a June 2014 loss to Paul Butler when they face off in September. Andrew Couldridge/Reuters

The Butler-Hall II winner will put himself in position to challenge the winner of the fall rematch between secondary titlist Jamie McDonnell (29-2-1, 13 KOs) and Liborio Solis (25-5-1, 11 KOs).

“I’m very happy to be teaming up with Matchroom Boxing and [British broadcaster] Sky Sports on the biggest and best platform in boxing,” Butler said. “I’m craving those big nights and more world titles, and I feel now I have the team in place to deliver that. I’m excited to be straight in a big fight against Stuart Hall on a rematch of our world title fight.

“The winner will be in place to fight the McDonnell vs. Solis winner, and I plan on beating him in great style this time. I don’t expect him to hear the final bell.”

Butler is riding a seven-fight winning streak since an eighth-round knockout loss to Zolani Tete in the junior bantamweight title bout in March 2015. Hall (21-5-2, 7 KOs), 37, lost a decision to Lee Haskins in a bantamweight world title fight in September and rebounded with a six-round decision win against low-level opponent Jose Aguilar on June 23.

“I’m over the moon to get the fight,” Hall said. “I thought I beat Haskins and I should be champ, but that’s boxing. Our first fight, I thought I won, but [Butler] took the title, so now it’s my chance for revenge. This is the final push for me. If I lose this, I think that my career is over, so that pressure on me should make for a great fight.”

In other bouts announced for the card: