Buhari in Lagos: Documentary photographer narrates how a man was beaten because he drove past closed road 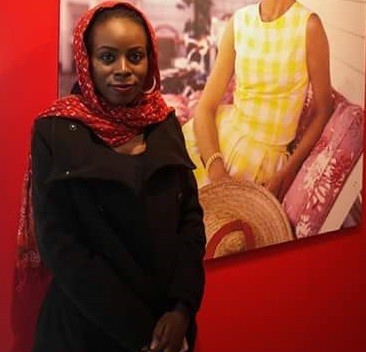 Buhari in Lagos: Documentary photographer narrates how a man was beaten because he drove past closed road

Fati Abubakar is the internationally acclaimed documentary photographer behind the series,  Bits of Borno. Read her post below:

This morning I slept at 3am and woke at 4am and was ready at 5am to catch a flight for 7am. The driver and I were on our way when we were told roads to the airport were closed. Because President Buhari is coming to Lagos. I had been warned the previous night. We got down from the car and trekked with luggage the remaining distance. There were tons of people in suits and children going home for Easter break. It was hot. It was frustrating. As I dragged my luggage, I saw a man being beaten because he had drove pass. He was head butted and punched. I understand why people cross the seas to get to Europe. A kind elderly woman and her driver stopped to pick me and another man and his son. It is the every day Nigerians that help bandage you up when the government continues to shoot you in the foot.

Nigeria is an unfair country that does not give a damn about its people. I remember when we hovered in the air for an hour as we were about to land in Abuja because the plane could not land till Patience Jonathan’s plane did. So we just moved around in the air for an hour. What if something had happened. There was exasperation even in the pilots voice. Foreign pilots who work here, I applaud. This country will kill a thick skinned long suffering Nigerian person much less a mild mannered man from an efficient country. Now I am watching a live show telling and showing us a school feeding program and trying to say it cares.

It is safe to say Ambode or Buhari, whoever decided to shut down Lagos has lost the Lagos vote. Lagosians are livid today. And they have a right to be. How do you close the roads in a mega city.