Buhari appoints Malami, six others to board of Solid Minerals Development Fund 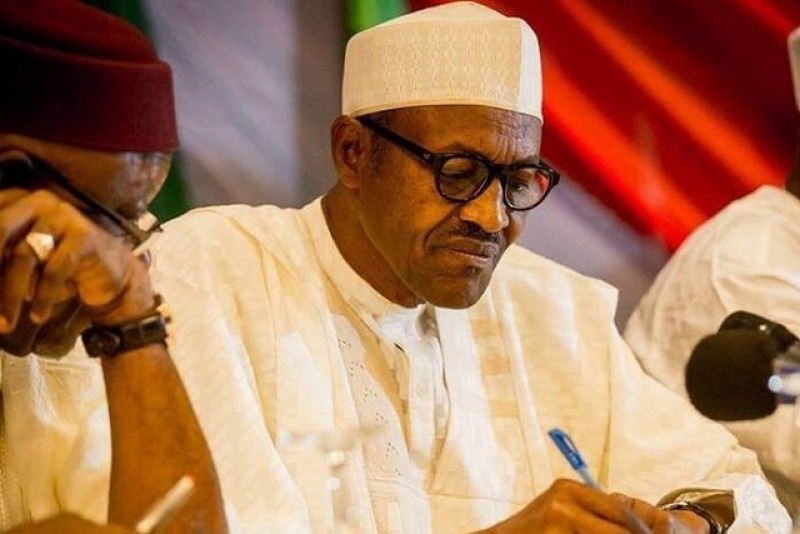 The Minister of Mines and Steel Development, Kayode Fayemi, on Thursday inaugurated the Board of Solid Minerals Development Fund (SMDF).

Mr. Fayemi said the approval for the reconstitution of the Board by President Muhammadu Buhari was a clear indication of the administration’s commitment to fixing the Nigerian Mining sector to become a key contributor to the economy.

The minister said at the inauguration ceremony held at the ministry’s conference hall that the inauguration of the board marked an important milestone in the efforts of the present government in repositioning of the Nigerian mining sector.

Mr. Fayemi said “as the administration marks two years in office, we are pleased that these successes are being recorded during our stewardship of this sector, and under the direction of Mr. President”.

The minister stated that the mandate of the Board in addition to the mandate of the SMDF include the restructuring and operationalisation of the SMDF by designing the appropriate governance structure, organisation, strategies and operations for effective management, to promote the establishment of the Special Purpose Vehicle (SPV) facilitator Fund and work with investors to establish its governance and financial structure.

The competent team of seasoned professionals, Mr. Fayemi said, will inspire confidence and trust from other stakeholders they would be working with. “their wealth of experience and networks would be brought to bear on this job towards achieving the desired results”.

“We are pleased that this administration’s strategic focus on the Mining sector is being justified by the very strong sectoral performance that is now being recorded.

The minister noted that efforts of the present administration in repositioning the mining sector had started to yield dividends as evident in the latest report by the National Board of Statistics (NBS) which indicated a positive growth in the sector.

“The First Quarter 2017 Gross Domestic Product (GDP) results recently released by the National Bureau of Statistics indicates that, “Coal mining; Metal Ores; and Quarrying and other metals; grew strongly by 2.03%, 40.79% and 52.54% respectively.”, he said, stressing that the strong performance of the Mining Sector has contributed to the steady recovery of the Nigerian economy which the NBS further reports have steadily improved in the last three quarters.

He said: “There is however a lot more grounds to cover. In the FGN’s recently launched ‘Economic Recovery & Growth Plan (2017-2020)’, the Minerals and Metals sector was duly recognised as one of those to drive Nigeria’s recovery.

“Other targets for the sector include the facilitation of Coal to Power Plants to contribute to our energy mix towards bridging our energy deficits.

“The strategy document which is very much in sync with the sector’s Roadmap, also aims to produce geological maps of the entire country by 2020 on a scale of 1:100,000; as well as integrate artisanal miners into the formal sector.”

In his acceptance speech, the Chairman of the Board, Uba Saidu Malami, on behalf of the Board members accepted the responsibility with all humility.

He assured that the Board will focus their energy to pursue speedy establishment of the SMDF to achieve Federal government strategy in the sector as enshrined in the economic and growth plan of 2017-2020.

Mr. Malami pledged that the Board will develop a quick strategic working plan with schedules and time line to guide their activities, adding that the Board will be creating, innovating and working closely with the SMDF, the Ministry and all stakeholders to deliver on their mandate.

The SMDF was established by Section 34 of the Nigerian Mining and Minerals Act 2007, to address the fundamental sectoral challenge of Insufficient Funding – a problem that has historically undermined the growth potentials of the sector.