Briton Roger Stotesbury dies in temple fall in India while taking photos Roger Stotesbury, whose motto was “to die young as late as possible”, was on a middle-aged gap year with his wife. 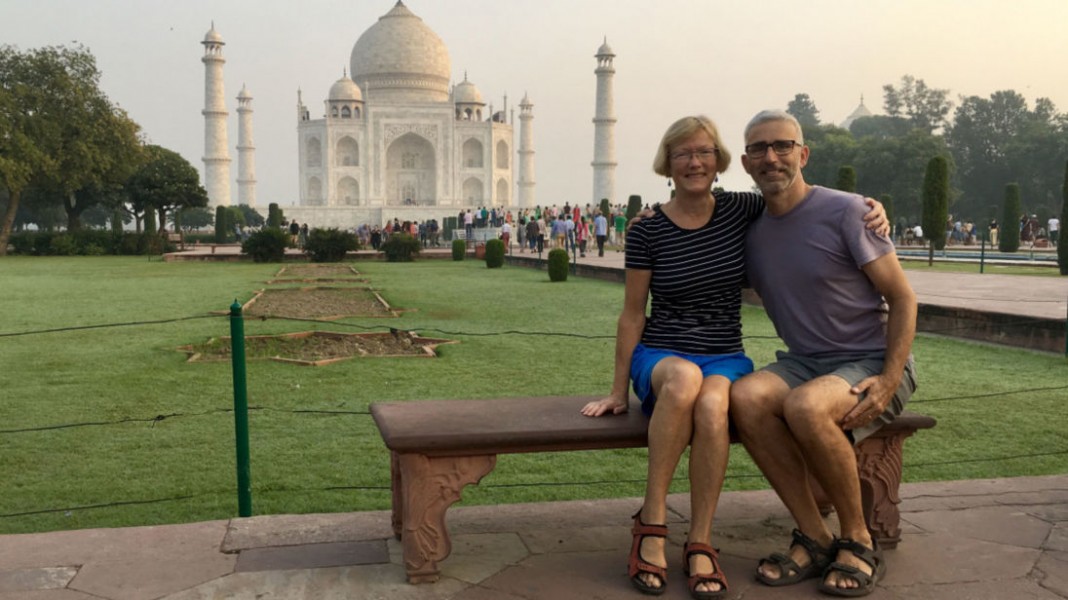 A British man in his 50s has fallen to his death as he took photos at a temple in India.

Roger Stotesbury, from Oxford, was travelling around the world with his wife Hillary when the tragedy happened in Orchha, about 160 miles from the Taj Mahal.

The couple had been on the final leg of a so-called “middle-aged gap year” and had previously visited Italy, south and north America, Australia, and several Asian countries since last November.

They had been due to return to the UK after completing their Indian adventure.

A family spokesman denied reports that Mr Stotesbury was taking a selfie when he fell around nine metres (30ft) from the second floor of Laxmi Narayan temple in Madhya Pradesh.

The victim, a father of two grown-up children, was seriously hurt and died of his injuries.

The family spokesman said Mr Stotesbury was taking pictures of the views from the temple and had put his equipment down.

He said: “They were the most happily married couple I have ever known. They were just so devoted to each other.”

A statement issued by the Foreign Office on behalf of the family described Mr Stotesbury as “one of the most enthusiastic men who walked the planet” and said he was “incredibly loved by his wife, children and the surrounding community.

“He brightened every room he entered. He and his wife, Hilary had planned their Round the World Gap Year since the beginning of 2016 and set off on 1 November last year.

“They loved the last eleven and a half months of energetic travel, exploring from the bottom tip of Patagonia, right up through the Americas, to Canada, Australia, China, Japan, Korea, Indonesia, Malaysia and finally India.”

The pair posted pictures of their visit to the Taj Mahal on their blog, ourmiddleagedgapyear.wordpress.com, a day before the tragedy.

The couple said they were renting out their home and trying to live on £100 a day.

They said: “We are Hilary and Roger a married couple from England/Scotland who are in their mid-50s.

“Hilary’s motto is ‘just do it’ whilst Roger’s is ‘to die young as late as possible’.

“We took the view that on your deathbed you never wish you’d spent more time in the office.

“We’ve seen our two kids off into the wider world and we have no more caring responsibilities for our parents.

“So we thought now is the time to take a gap year and travel whilst we still have the health and energy. After all you only live once.”

A Foreign Office spokesman said: “We are providing assistance to the family of a British man following his tragic death in India on 13 October.

“Our thoughts are with the family at this sad time.”