In Iran Citizens respond with anger, mockery to Trump speech Iranians responded with anger and mockery on Saturday to the bellicose criticism of their government by US President Donald Trump who threatened to tear up a landmark nuclear deal. 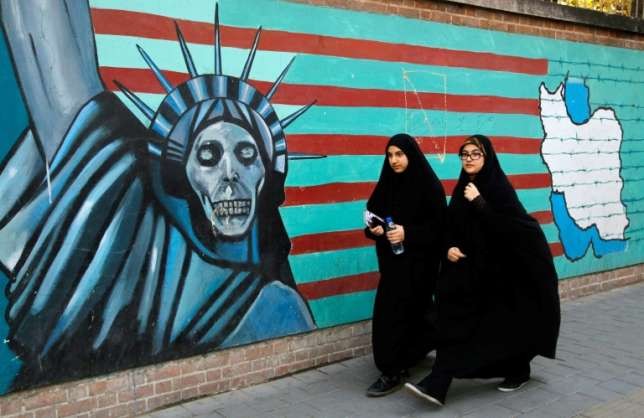 Iranians responded with anger and mockery on Saturday to the bellicose criticism of their government by US President Donald Trump who threatened to tear up a landmark nuclear deal.

Trump’s use of the phrase “Arabian Gulf” rather than “Persian Gulf” particularly hit a nerve in a country with a fierce nationalistic streak.

“Everyone knew Trump’s friendship was for sale to the highest bidder. We now know that his geography is too,” wrote Foreign Minister Mohammad Javad Zarif on Twitter, referring to the US alliance with Iran’s regional rival Saudi Arabia.

Despite pressure from the Arab Gulf monarchies, most international bodies still use “Persian Gulf” as the conventional name for the region’s waterway, and many Iranians shared photos of US veterans’ medals and graves referring to the “Persian Gulf conflict” of the 1990s.

In his White House speech on Friday evening, Trump reeled off a list of grievances committed by the “Iranian dictatorship, its sponsorship of terrorism, and its continuing aggression in the Middle East and all around the world.”

Map and factfile on the 2015 Iran nuclear deal. US President Donald Trump is withdrawing presidential backing for the landmark deal.

But as Iranians headed to their offices on Saturday — the first day of the work week in Iran — the reaction was often one of bemusement.

“Trump’s statements are so ridiculous that it actually works in Iran’s favour. Speaking about the ‘Arabian Gulf’ is taken very badly by people here,” said Abbas, a 40-year-old banker who only gave his first name.

“The reaction of the Europeans shows that the United States is isolated, and only Saudi Arabia and Israel have supported Trump,” he added.

The other signatories to the nuclear deal — Britain, France, Germany, China and Russia — have called for its preservation, saying that Iran is clearly sticking to its commitments.

Trump’s efforts to reach out to ordinary Iranians, who he referred to as the “longest-suffering victims” of the Islamic regime, also appeared to have fallen on deaf ears, with many recalling the travel ban he slapped on them earlier this year.

“The most disgusting part of Trump’s speech was when he tried to show himself as sympathising with Iranians,” wrote one Twitter user.

“Reminder: Not even 6 months have passed from the execution of visa ban for Iranians!” wrote another.

For all the bluster, Trump’s strategy was not as tough as many had predicted.

Although new sanctions have been placed on Iran’s Revolutionary Guards, it was not designated a foreign terrorist organisation as had been trailed in the weeks leading up to the speech.

This was spun as a victory by some elements in Iran, with the hardline Kayhan newspaper saying: “Guards’ formula worked: Trump didn’t dare put the Guards on the list of terrorist groups”.

This was a reference to threats in recent days that US forces would receive a “crushing” response if the Guards were designated as terrorists.

President Hassan Rouhani took to the airwaves shortly after Trump’s speech on Friday night, dismissing it as “nothing but the repetition of baseless accusations and swear words”.

Nonetheless, the deal’s future hangs in the balance as the US Congress has 60 days to decide whether to reimpose nuclear-related sanctions, or possibly new “trigger points” that would lead to new sanctions.

“If the Congress goes ahead with new sanctions, then the deal is dead and Iran will restart its nuclear programme and move forward full-steam ahead in all fields,” Mohammad Marandi, a professor at the University of Tehran, told AFP.

“Iran will probably invest even more than before in order to show the Americans that they can’t get away with destroying the agreement.”

Share
Facebook
Twitter
WhatsApp
Pinterest
Linkedin
ReddIt
Email
Print
Tumblr
Telegram
Mix
VK
Digg
LINE
Viber
Naver
Previous articleIn Syria 100 IS fighters surrender in Raqa in 24 hours: US-led coalition Dozens of Islamic State group fighters have surrendered over the past day in their one-time bastion Raqa, the US-led coalition backing the offensive on the Syrian city said Saturday.
Next articleBriton Roger Stotesbury dies in temple fall in India while taking photos Roger Stotesbury, whose motto was “to die young as late as possible”, was on a middle-aged gap year with his wife.