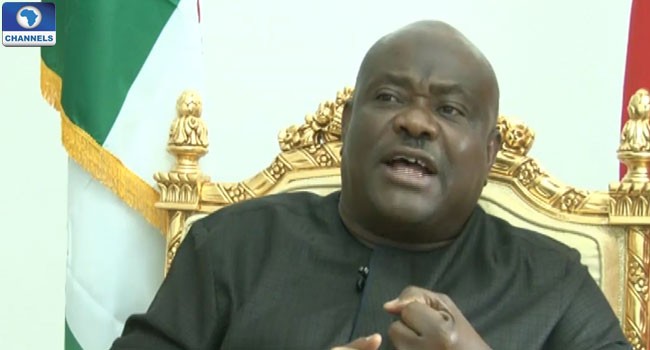 The dissolution of the council came barely two days after the Commissioner for Works, Bathuel Harrison, was relieved of his position.

The Commissioner for Information and Communication, Dr. Austin Tam-George, had on Friday resigned from his position as the image maker of the state.

But a statement signed by the governor’s Special Assistant on Electronic Media, Mr. Simeon Nwakaudu, indicated that Wike had directed former commissioners to hand over to Permanent Secretaries of their respective ministries.

“Rivers State Governor, Nyesom Ezenwo Wike, has dissolved the State Executive Council. The governor directed all former commissioners to hand over to their respective Permanent Secretaries.

“Governor Wike thanked the former commissioners for their service to the state and wished them well in their future endeavours,” the statement read.

Meanwhile, he has felicitated with Nigerian Muslims on the successful completion of the 2017 Ramadan fast, urging them to use the Sallah celebration to pray for the unity of the country.

In a Sallah message, Wike advised Muslims to imitate the Holy Prophet Mohammed by imbibing the ideals of sacrifice exemplified by the Prophet.