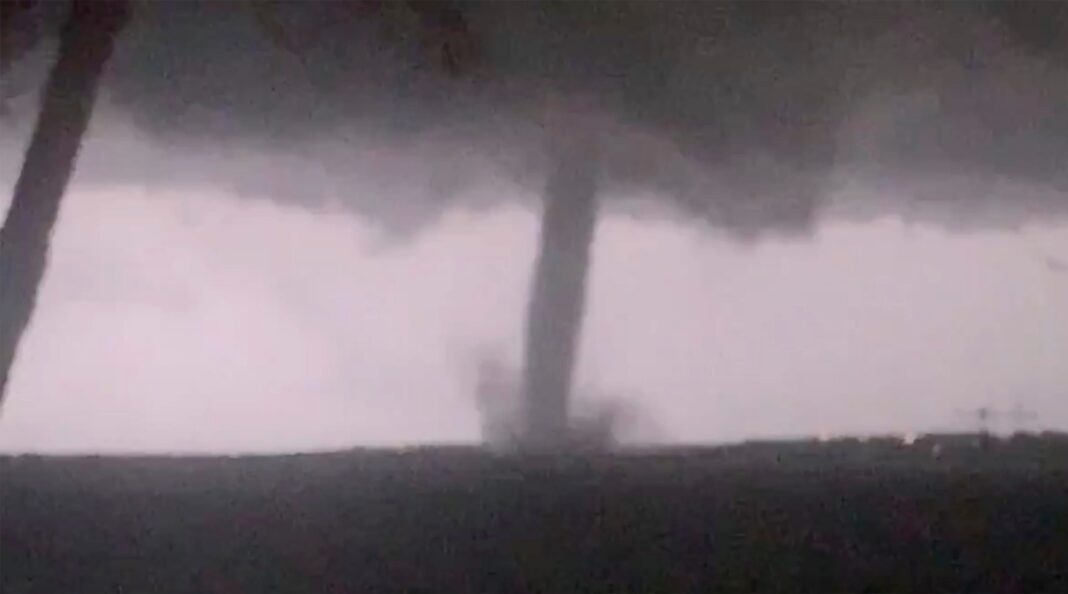 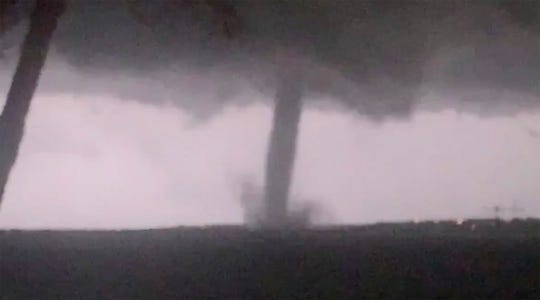 This Oct. 20, 2019 image made from video by Twitter user @AthenaRising shows the tornado in Rockwall, TX. The National Weather Service confirmed a tornado touched down in Dallas on Sunday night, causing structural damage and knocking out electricity to thousands. (Photo: @AthenaRising via AP)

At least one tornado was confirmed to have touched down in northern Dallas Sunday evening, the National Weather Service said.

No serious injuries or fatalities were reported, the city said in a news release early Monday. Fire-Rescue spokesman Jason Evans told the Associated Press, though, three people were hospitalized with non-life-threatening injuries.

As emergency crews assess the extent of the storms’ power, photos on social media showed that the twister damaged some buildings, breaking glass and downing trees. Most of the damage within Dallas appeared to be limited to the northwest.

This is the scene at Walnut Hill and Monroe in NW Dallas. This is awful! Search and Rescue efforts are underway in this area now. Crews going door to door. Stay clear of this area and say a prayer for these folks. @CBSDFW#DallasTornado#txwxpic.twitter.com/kPHgnqEHfl

One fire station also appeared to be significantly damaged with a collapsed roof and debris all around.

@DallasFireRes_q#Station41 sustained significant damage during the last night’s/this morning’s storms. Thankfully no injuries to any of the firefighters inside. @CityOfDallas@DallasOEM@DallasPDpic.twitter.com/mc6KPPux8Y

Evans said seven people escaped a structure that collapsed in northwest Dallas, but Dallas Fire-Rescue was searching to see if anyone was left inside. WFAA-TV reported that a convenience store collapsed in the storm, but the clerk told the station that everyone who was inside made it out safely.

At least six schools were to be closed Monday morning, the city said on Twitter.

A line of storms was still moving southeast of the city early Monday, the weather service said, but no severe weather was forecast for the rest of the day. Parts of eastern Texas, northwestern Louisiana and southwestern Arkansas remained under tornado watch Monday. 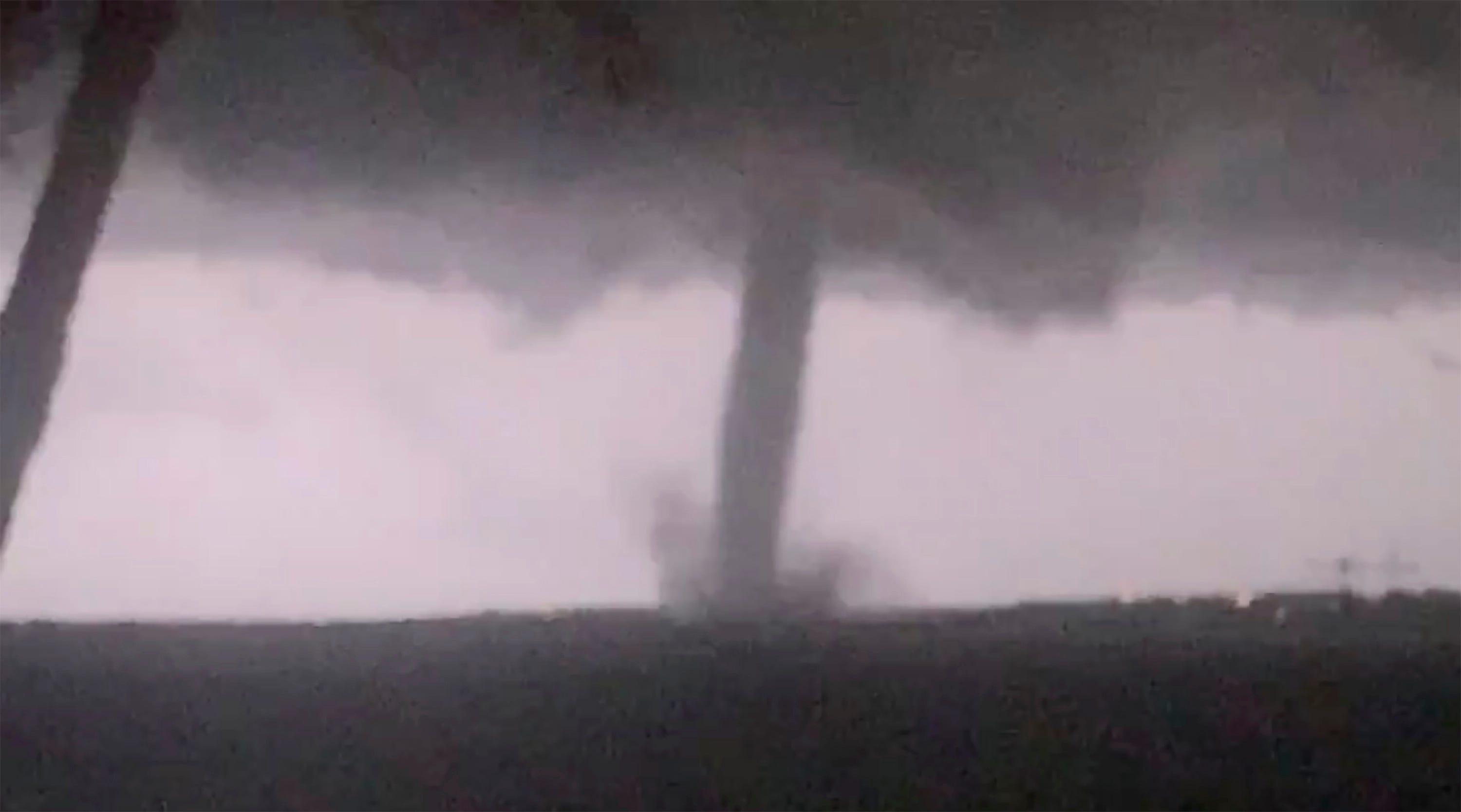