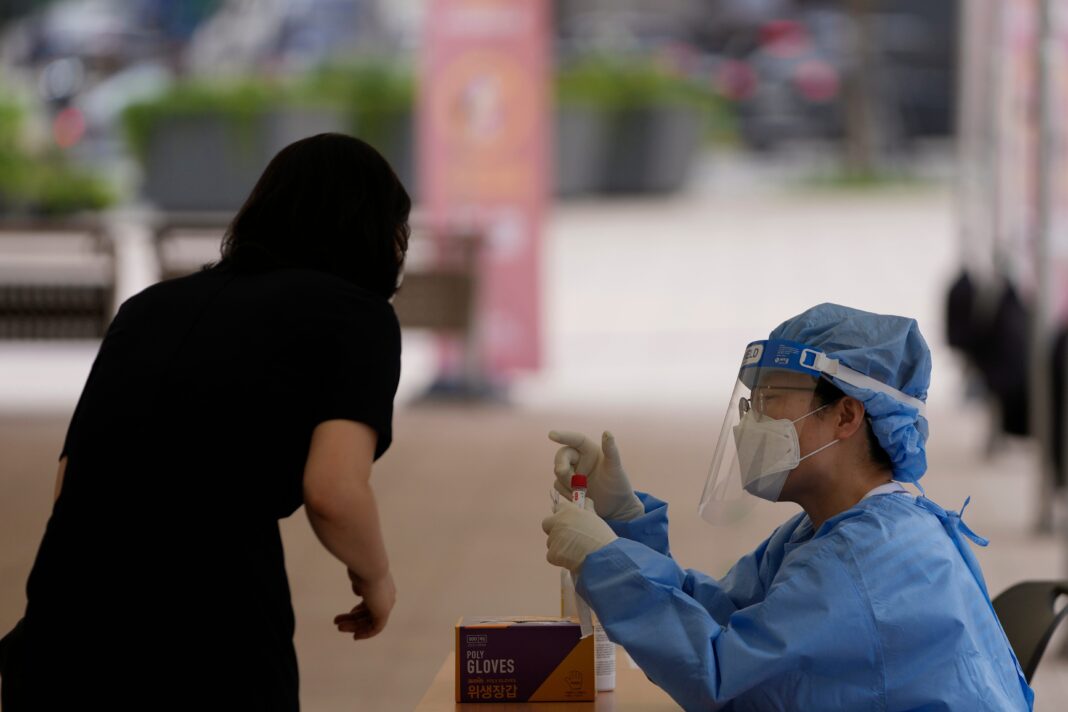 Johnson & Johnson, AstraZeneca PLC, and the University of Oxford are conducting early-stage research into whether potential modifications of their coronavirus vaccines could reduce or eliminate the risk of rare but serious blood clots, The Wall Street Journal reported.

The Journal, citing sources it described as close to the process, said outside scientists also are joining the effort and that emerging clues into how the clots form are boosting hopes of identifying the cause. AstraZeneca hopes to update its shot by next year, the Journal said.

It is too early to know whether the J&J shot or the AstraZeneca shot can be modified or whether doing so would make commercial sense, the Journal wrote. However, AstraZeneca has said it is “actively working with the regulators and scientific community” to learn more about the rare blood-clotting events, including information on early diagnosis and treatment.

Apart from the scientific hurdles, modifications might require changes to ownership rights or regulatory approvals. Still, the unprecedented scale and urgency of the COVID-19 vaccine rollout could fast-track the scientific research and legal issues, the Journal says, just as it accelerated the development of the vaccines.

Use of the J&J vaccine, hailed for its single-shot convenience, was paused for 10 days in April while federal health agencies investigated reports of several women developing severe blood clots within two weeks of receiving the jab. The agencies later determined the vaccine’s benefits outweighed its risks. Almost 13 million J&J shots have been administered.

►On Monday, the Tennessee state government fired its top vaccination official, becoming the latest of about two dozen states to lose years of institutional knowledge about vaccines in the midst of the coronavirus pandemic.

►Utah Gov. Spencer Cox apologized Monday after his administration discovered a state agency misstated last week that 70% of residents in the state had received one dose. The percentage, once corrected, fell to 67%.

►Federal health officials stuck to their position that Americans who are fully vaccinated against COVID-19 don’t need a booster shot after meeting Monday with representatives from vaccine maker Pfizer.

📘 What we’re reading: As many adolescents and young adults prepare to return to the classroom in the fall term amid the spread of the delta variant, the lagging vaccination rates among Generation Z are raising concerns among experts.

The Food and Drug Administration warns about a possible link between that Johnson & Johnson vaccine and the autoimmune disorder known as Guillain-Barré syndrome. In a statement, the agency said the data “suggests an association” between the vaccine and a higher risk of the condition, but not enough “to establish a causal relationship.” About 12.8 million doses of the J&J shot have been administered.

The Centers for Disease Control and Prevention says on its website that people who have had Guillain-Barré syndrome can be vaccinated against COVID-19 and that no cases of the disorder were reported in clinical trials for Pfizer and Moderna vaccines. However, one case was reported in J&J trials, the CDC said.

Read more: MATT GAETZ BILLBOARD POPS UP WITH QUITE THE MESSAGE

The death toll from a catastrophic blaze that erupted at a coronavirus hospital ward in southern Iraq the previous day rose to 64 on Tuesday, Iraqi medical officials said. Two health officials said more than 100 people were also injured in the fire that torched the coronavirus ward of al-Hussein Teaching Hospital in the city of Nasiriyah on Monday.

Anguished relatives were still looking for traces of their loved ones on Tuesday morning, searching through the debris of charred blankets and belongings inside the torched remains of the ward. Then, finally, a blackened skull of a deceased female patient from the ward was found. Many cried openly, their tears tinged with anger, blaming both the provincial government of Dhi Qar, where Nasiriyah is located and Baghdad’s federal government for years of mismanagement and neglect.

“The whole state system has collapsed, and who paid the price? The people inside here. These people have paid the price,” said Haidar al-Askari, who was at the scene of the blaze.

Overnight, firefighters and rescuers – many with just flashlights and using blankets to extinguish small fires still smoldering in places – had frantically worked searching through the ward in the darkness. As dawn broke, bodies covered with sheets were laid on the ground outside the hospital.

Earlier, officials had said the fire was caused by an electric short circuit but provided no more details. Another official said the blaze erupted when an oxygen cylinder exploded. The officials spoke on condition of anonymity because they were not authorized to speak to journalists.

According to Johns Hopkins University data covering, US cases increased by 97.4% over last week, but likely because of July 4th.

Over the past seven days in the U.S., new COVID-19 cases increased by 97.4% from the previous week, with 47 states now reporting increased isity data. But the major increase is likely from states that didn’t report over the July 4 holiday and was closed Monday, likely artificially inflating the number of new infections.

The U.S. is again reporting cases at a pace of nearly 1,000 every hour. That’s more than double the pace the country saw just a couple of weeks ago before case counts began rising again.

More than 99% of deaths are now among people who have not been vaccinated, the Center for Disease Control and Prevention reports.

“If (patients) are sick enough to be admitted to the hospital, they are unvaccinated. That is the absolute common denominator amongst those patients,” Dr. Howard Jarvis, an emergency medicine physician in Springfield, Missouri, told CNN on Monday. “I can see the regret on their face. You know, we ask them, because we want to know, are you vaccinated? And it’s evident that a lot of them regret (not being vaccinated).”

California prohibits K-12 students from campus without a mask

According to the new state regulations released on Monday, New California state rules prohibit K-12 students from attending in-person classes without a mask.

The rules go against the CDC’s recommendations that allow vaccinated students to attend classes without masks. California added stricter rules in addition to federal recommendations.

State Supt. Of Public Instruction, Tony Thurmond told the Los Angeles Times that part of the reason is that those 12 and under are still not eligible to be vaccinated. Masks are a helpful addition when physical distancing may be difficult with full attendance.

“That makes it more tenable that everyone can come back, and everyone can be safe,” Thurmond said. “So I see this as a commonsense measure of promoting safety but giving everyone the ability to get back.”

The California Department of Public Health tweeted Monday that school guidance will be clarified regarding mask enforcement and safety.