Wowplus
Home World News US News Breaking news: An Amazon driver had odd instructions when she dropped off... 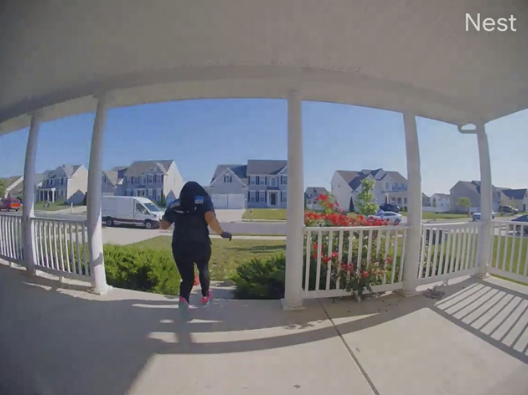 Breaking news: An Amazon driver had odd instructions when she dropped off a package off. The moment went viral., When Lynn Staffieri, a resident of Magnolia, Delaware, saw her Amazon delivery driver running away from her house, she wondered what she just witnessed.

She received the notification through her Nest doorbell, a service that provides video-capture for home-monitoring and security.

“I saw the Amazon lady running away from the door and I thought ‘Oh, that’s weird,'” Staffieri said. “I didn’t have the audio at first when I saw it so I didn’t know what was going on.”

When she came home and saw the footage in full, she learned that her son was behind it. He added unique delivery instructions to the order.

The video has now gone viral.

“He just thought it would be funny,” Staffieri said. “I think he was surprised it actually worked out.”

Staffieri’s video, originally posted to Facebook, has over 25,000 shares and 3,900 comments.

She said people have been contacting her from all over and telling her which outlets her clip has appeared on. Someone told her they saw her footage on the news in Lebanon and she thought, “Oh wow, that’s crazy.”

The Amazon worker was delivering a playpen for kittens Staffieri is fostering from a local rescue.

“I have six fosters from three different litters,” she said. The kittens can’t share litter-boxes until they are medically tested and cleared, so the playpens keep them separate while still allowing them to get used to people and other animals.

She has yet to find out the identity of the delivery woman but said the local Amazon manager for Delaware saw her post and reached out to try to get them in contact.

“I would love for her to see and say thank you,” she said. “Part of me thinks we’ve been stuck inside for so long and needed something to make us laugh.”