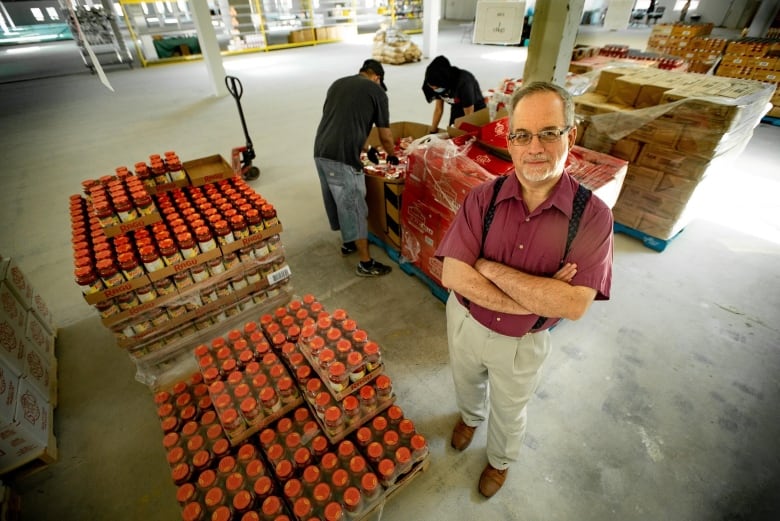 The community of Thorncliffe Park has the highest rate of COVID-19 infection compared to all the adjacent neighbourhoods, yet it has managed to avert a far worse outcome, according to statistics from the City of Toronto.

Thorncliffe Park is considered particularly at risk during the pandemic because of the housing and employment situation of the people who live in the East York neighbourhood of Toronto.

Dr. Jeff Powis, the medical director of infection control at nearby Michael Garron Hospital, has spoken to residents who’ve tested positive for COVID-19 from Thorncliffe Park.

“It became quite clear to me that COVID-19 disproportionately impacts people with health inequities — things such as housing, income, and racialization,” he said.

Many of the people who live in Thorncliffe Park work in the health-care sector, the service industry or gig economy. Approximately 90 per cent of the population lives in rental apartment buildings, according to the 2016 census, many of which are social housing units.

The community is growing at twice the rate of the city’s average, owing in part to a high level of immigration. The rate of poverty is 45 per cent — more than double all of Toronto’s.

It’s common for the neighbourhood that one family works as an essential worker, “usually for a low income wage often without benefits, acquired the infection as a result of their occupation,” Powis said.

“When they returned home, they returned to an environment where there are many people living in a closed space … and then there was transmission within the household.”

WATCH | Why Thorncliffe Park was vulnerable to COVID-19:

The Thorncliffe Park neighbourhood has one of the highest rates of COVID-19 infection in Toronto in part because of its densely populated, low-income population. 2:03

So far, 137 people have tested positive for the coronavirus in Thorncliffe Park, which is a rate of 649 per 100,000 people. By comparison, a similar community, Flemingdon Park next door, has 520 cases per 100,000, while the more affluent adjacent neighbourhood of Leaside has just 137 cases per 100,000.

“If we can effectively detect, appropriately isolate, we can get a better sense of the actual numbers in this community and ensure that there isn’t a large outbreak that impacts the community severely,” said Dr Nandini Sathi, a family physician who works at the assessment facility, which operates out of the back of a shopping centre.

Sathi said talking to people who’ve sought out tests has revealed hardships that underpin poorer health outcomes, such as “food insecurity or underemployment.”

Darcy MacCallum, a community worker in Thorncliffe Park, said there were high job losses in the neighbourhood when mass layoffs happened because of COVID-19 closures.

“There was a significant loss of income that hit the community that was already struggling with poverty,” said MacCallum, director of family and wellness at The Neighborhood Organization, a social welfare group that operates in Toronto’s low-income areas.

“We see the food as sort of like a Band-Aid,” he said. “The food program is addressing a very urgent need. It can take a little bit of the pressure off of the household so that they can begin to get their feet back underneath them again.”

The temporary program operates out of a warehouse space near the testing centre and serves 700 households in Thorncliffe Park.

“About 45 per cent of those are seniors,” MacCallum said. “The rest are family units and they vary in size from four to 11.”

Thorncliffe Park had long been considered a “gateway” community for newly arrived immigrants, but the rising cost of housing in the Greater Toronto Area has left some with no option but to remain in crowded apartments, MacCallum said.

According to the 2016 census, about 42 per cent of people in the neighbourhood live in “unsuitable housing,” compared to 12 per cent for all of Toronto.

A strong sense of community exists in Thorncliffe Park, and some residents are coming up with their own ways of supporting their neighbours.

Shaklo Sharipova, who left an ophthalmology career in Tajikistan to seek better care in Canada for her autistic son Ayub more than a decade ago, is offering support to women after seeing people in her community struggle financially and emotionally through the pandemic.

“I know of two families [in which] the woman experienced domestic violence and they moved to a shelter,” she said. “That’s why I was posting in our social media group, ‘Please, people, if you’re struggling at home please, let us know.'”

Sharipova lives with seven other members of her family in a three-bedroom apartment in a Thorncliffe Park high-rise building, which feels even smaller since construction crews tore out all the balconies as part of a renovation project. Many families are living with three children and extended family members like hers, in overcrowed buildings.

She said it makes physical distancing impossible, which is why testing is so important.

But Sharipova said she has encountered some hesitation about getting testing at the Thorncliffe Park assessment centre, where she also volunteers.

There’s still misinformation circulating about the coronavirus, she said.

“Some of them have fear,” she said. “I always say it’s safe. Just come and get tested.”