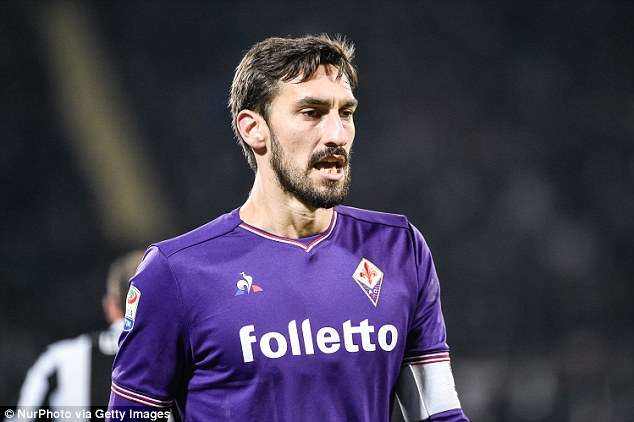 Davide Astori died in his sleep just a few hours before Fiorentina’s Sunday Serie A game.

Fiorentina captain Davide Astori has died in hotel room just hours before their Serie A clash against Udinese on Sunday, March 4.

Astori who has been with Fiorentina since 2016 was found dead at the La di Moret hotel on Sunday.

“Fiorentina are profoundly shaken and forced to announce that their captain Davide Astori has died,” the Serie A club announced.

“For this terrible and delicate situation, and above all out of respect for his family, we appeal to the sensitivity of the media.”

play Davide Astori joined Fiorentina in 2016 after playing for the likes of Roma, Milan and Cagliari (Twitter/Fiorentina)

Before joining Fiorentina in 2016, the 31-year-old had played for Milan, Cagliari and Roma.

The central defender had 14 caps with Italy and was a member of the squad that played in the 2013 FIFA Confederations Cup.

Fiorentina’s away Serie A clash against Udinese at the Stadio Friuli has been called off.

There is also a possibility that Sunday’s entire Serie A games could be postponed as a sign of respect for Astori.