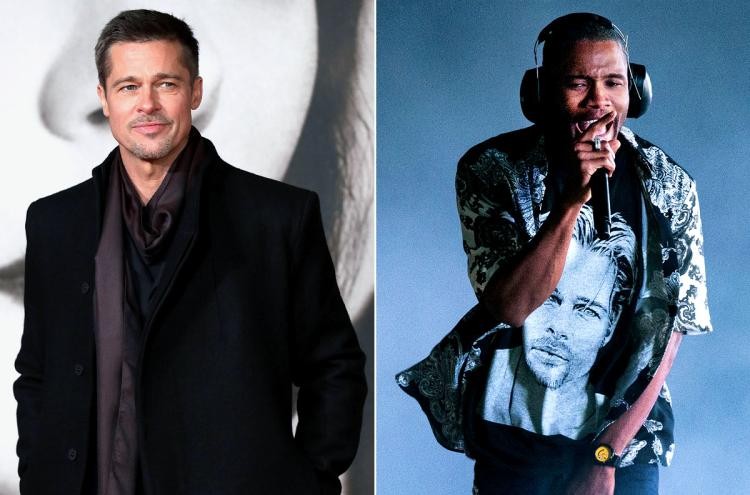 Brad Pitt made a cameo during Frank Ocean‘s set at FYF Fest 2017 in Los Angeles Saturday. As the singer sang Stevie Wonder‘s cover medley of “Never Can Say Goodbye” and “Close to You,” a video of the actor listening to the performance on a phone was screened onstage.

Pitt was seen recording his appearance in real time on a platform near the stage.

“This is for our good friend,” Ocean told the crowd.

The videotaped cameo was captured on camera by scores of concertgoers.

In an interview with GQ that was published in May, Pitt said, “I’ve been listening to a lot of Frank Ocean. I find this young man so special. Talk about getting to the raw truth. He’s painfully honest. He’s very, very special. I can’t find a bad one.”

Pitt had made his comments while going through a divorce with Angelina Jolie, which is still pending, and following a custody battle over their six children. The former couple reached a temporary custody agreement last December.

Ocean showed Pitt some love a month later when he wore a T-shirt bearing the actor’s face while performing at the Parklife Festival in Manchester, U.K.