Boxer urges UK Anti-Doping for resolution Britain’s troubled former heavyweight world champion Tyson Fury challenged the UK Anti-Doping (UKAD) body to either hurry up and ban him for taking an illegal substance or clear him to resume his turbulent career. 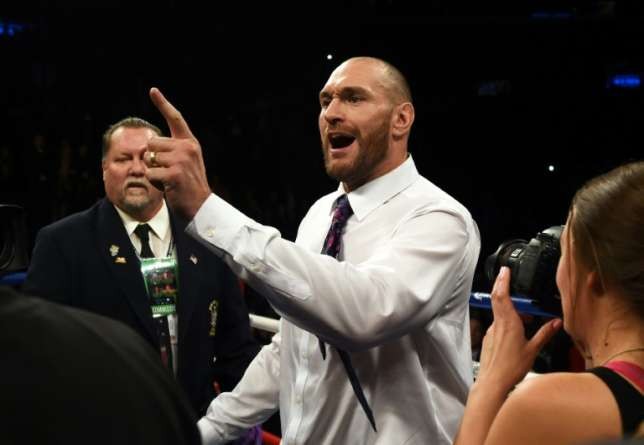 Britain’s troubled former heavyweight world champion Tyson Fury challenged the UK Anti-Doping (UKAD) body to either hurry up and ban him for taking an illegal substance or clear him to resume his turbulent career.

The 29-year-old, who has not fought since his shock defeat of Wladimir Klitschko to win the WBA, WBO and IBF heavyweight titles in November 2015, is waiting to appear in front of a UKAD hearing after being charged with a doping offence over a year ago.

UKAD postponed the original hearing in May — because of a potential conflict of interest involving a member of the panel — and have yet to announce when it will be held.

“How long must I be held up and kept out of action?” tweeted Fury on Monday.

“It’s been 15 months since I’ve been under investigation, you’re keeping an innocent man from fulfilling his destiny and from providing for his family.”

UKAD refused to comment on Fury’s case, adding there is no timescale for its investigation.

“Everybody else is dealt with in a few months, why must I be treated any differently?” he tweeted.

“Surely there must be a human rights law preventing this from happening to people!

“Either ban me or set me free as I’ve been in limbo for a long time! I want to move on with my life!

“Clear my name and let me return to my former glory.”

Fury, who admitted last October to taking cocaine to alleviate depression, was told by the British Boxing Board of Control in May his licence was suspended “pending further investigation by UKAD into anti-doping and medical issues”.

Fury beat Klitschko on points in a world title fight in November 2015 and once held both the International Boxing Federation (IBF) and World Boxing Association (WBA) belts now held by compatriot Anthony Joshua.

But mental health problems forced him to relinquish his titles, while his licence to box was subsequently suspended by the British Boxing Board of Control.