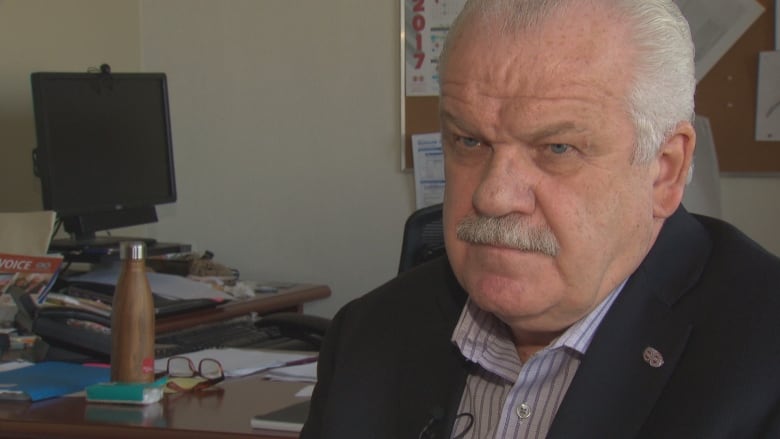 Canada’s border agents reached a new tentative agreement with the federal government late Friday after a daylong work-to-rule campaign left long lines of semi-trailers and passenger vehicles idling for hours at some of the country’s busiest international gateways.

The deal — announced late Friday after more than 36 straight hours of mediated talks — came with just days to spare before U.S. citizens and permanent residents are expected to begin queuing up for their first chance to get into Canada since before the start of the COVID-19 pandemic.

Guards who work for the Canada Border Services Agency were part of the work-to-rule job action that began early Friday amid contract talks between the federal government and the Public Service Alliance of Canada’s Customs and Immigration Union.

Members of the union, which represents some 9,000 CBSA employees, spent the day following procedures to the letter after a negotiation deadline was set for 6 a.m. ET Friday.

“We are relieved that CBSA and the government finally stepped up to address the most important issues for our members to avoid a prolonged labour dispute,” Chris Aylward, national president of the Public Service Alliance of Canada, said in a statement.

“The agreement is a testament to the incredible hard work and dedication of our bargaining team who worked through the night to reach a deal.”

It helped that the work-to-rule effort put “intense pressure” on the government “at every airport and border crossing across the country,” he added.

Long lines of semi-trailer trucks snaked away from border points as the work-to-rule campaign slowed traffic to a crawl, particularly for commercial shippers, while marathon negotiations that began Thursday stretched through night and day.

Reported commercial wait times for truckers at the Pacific Highway crossing in Surrey, B.C., reached more than five hours as the afternoon wore on, while regular travellers looking to get into Saskatchewan faced similarly long delays at the North Dakota entry point in the town of Portal.

At the Blue Water Bridge in Sarnia, Ont., trucks were being held up for more than three hours, much as they were at the Peace Bridge between Fort Erie, Ont., and the city of Buffalo, N.Y. At Windsor’s Ambassador Bridge, both trucks and passenger vehicles faced similar delays.

About 90 per cent of front-line border workers are classified as essential employees, a designation that prevents them from walking off the job.

Customs and Immigration Union president Mark Weber said the agreement acknowledges the hard work that members have been engaged in since long before the onset of the pandemic. Border guards have been without a long-term contract since 2018.

“Finally — after three years of negotiations — we’ve resolved long-standing issues that will go a long way towards making CBSA a better, safer place to work for our members,” Weber said.

This agreement was the product of great solidarity and perseverance on the part of our FB members. We can all be proud of what we achieved together. Thank you.

The four-year tentative agreement, which dates back to 2018, provides CBSA employees with an average wage increase of more than two per cent a year, the union said in a statement.

It also provides what the union calls better protection against “excessive discipline” in the workplace, a national committee to address “workplace culture problems,” as well as paid meal allowances for uniformed members.

The deal also includes a suite of improvements to leave and allowance provisions, including handling of grievances, a domestic-violence clause and a promise to work towards early-retirement benefits for employees.

Canada’s Treasury Board Secretariat, which oversees federal government spending and serves as the primary employer for public-service workers, called the offer “substantive” and in keeping with other unionized public servants.

“The offer recognizes the important work of border services officers and our responsibility to Canadian taxpayers for a reasonable deal, situated in the economic reality of the country,” the department tweeted Friday.

“Throughout this process, we remained at the table, committed to getting a deal in good faith. That’s how modern, constructive negotiations are conducted.”