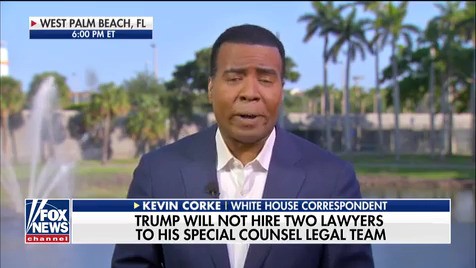 Incoming national security adviser John Bolton defended himself Sunday after a Democratic senator questioned whether he would be able to obtain the necessary security clearance over a video speech Bolton gave to a Russian pro-gun rights group in 2013.

On Saturday, Sen. Tim Kaine, D-Va., tweeted out a National Public Radio report about the group Bolton spoke to, known as The Right To Bear Arms. The NPR report described one of the group’s founders, Alexander Torshin, as an ally of Russian President Vladimir Putin who served as the deputy speaker of Russia’s parliament for more than 10 years.

“Can John Bolton even get a security clearance?” Kaine asked rhetorically. “Ties to Russian allies of Vladimir Putin?”

On Sunday, a spokesman for Bolton responded: “The Ambassador [Bolton] was asked by former [National Rifle Association] president Dave Keene to record a video for presentation to the upper house of the Russian parliament, the Federation Council. The Ambassador has never heard of The Right to Bear Arms until recent news coverage of the group.”

According to the NPR report, Bolton was named to the NRA’s international affairs subcommittee in 2011.

Kaine addressed his tweet in an appearance on CNN’s “State of the Union” Sunday morning.

“Russia is the chief nation-state adversary of the United States, these kinds of contacts raise real questions in my mind about whether he could get a full security clearance or not,” Kaine said. “We’ve already lost one national security adviser, Michael Flynn, because he was lying about contacts with foreign governments and had to be let go.

“I think, even though the Senate doesn’t get a vote to confirm the national security adviser, I have many, many questions not only about John Bolton’s philosophy, but about these contacts with Russia and potentially other governments.”