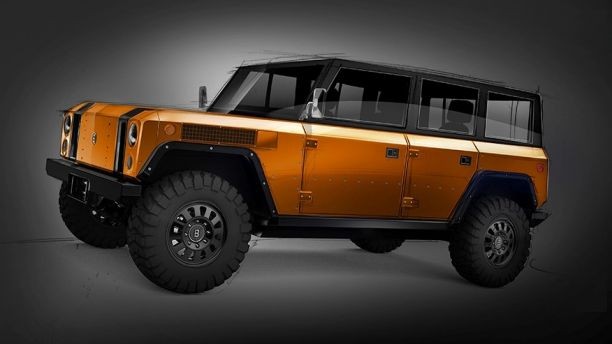 Electric SUV startup Bollinger Motors claims it already has 10,000 reservations for the battery-powered B1 off-roader it unveiled in July.

Reservations for the vehicle, which is still in development, require no deposit and can be cancelled at any time. Nevertheless, the number indicates a large amount of interest in the vehicle, which comes from a New York-based company that no one even knew about prior to this year.

The B1 features two electric motors delivering four-wheel-drive and a range of 120 to 200 miles, depending on battery size. Similar in size to the original Ford Bronco, it features a stripped out interior and boxy bodywork, designed for easy manufacturing and simple repairs. The chassis and body are both made of aluminum, while a steel roll cage provides added safety.

Bollinger claims the 360 hp vehicle can accelerate to 60 mph in 4.5 seconds, and has released video of it being tested off-road with the doors removed, Jeep Wrangler-style. It has a hydraulic suspension system that can be raised to give it 20 inches of ground clearance.

A larger four-door version is also planned, but only a rendering of has been shown so far.

Video: 8 Inventions That Will Make You Think WOW! 2

Video: This Road Invention Is Protecting Drivers and Pedestrians Like Never Seen Before!!!