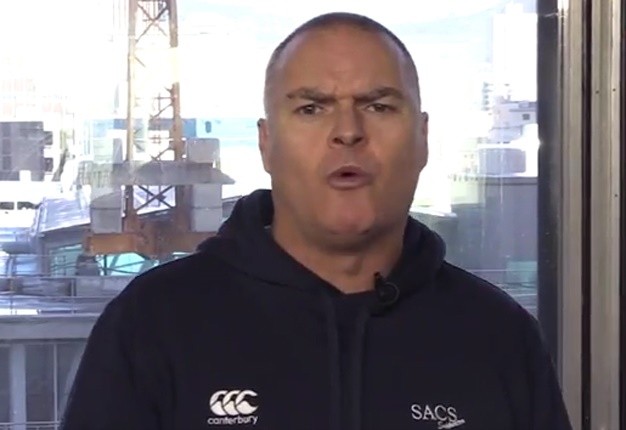 It is just over two weeks since the Springboks opened the season with their opening test win over France and yet it feels much longer than that, such has been the dramatic swing in form, expectation and the public mood.

Of course there has been measurable progress on the field, with most aspects of the game being boxes that were ticked over the course of the 240 minutes of rugby played across a fortnight, but the most obvious gain made by the Boks was noticeable before kick-off of the final test at Emirates Airline Park.

International matches at the stadium do tend to attract bigger crowds than at other venues, but it was still an achievement to get more than 55 000 people into the stadium. That was particularly so if you consider that there were less than 30 000 at the first game at Loftus 14 days earlier, and while there was improvement at Kings Park a week later, the crowd there was still underwhelming.

It was more than just the size of the crowd that was pleasing to coach Allister Coetzee and his players. There was also a noticeable vibe and passion about the support, and while the Boks weren’t nearly as convincing in their performance in Johannesburg as they were in Durban, for the second successive week we saw the Mexican Wave rolling across a South African stadium.

“It is a positive measurement that there was a much bigger crowd at this game than we got at Loftus at the start of the series,” said a satisfied Coetzee after the 35-12 win that completed a comprehensive 3-0 series clean sweep.

“We see it as an endorsement of what we are doing and what we are starting to achieve. It is very inspiring. Before the game we were held up for a bit when we arrived at the stadium as we had to wait for the French bus to off-load, and we got to see the tremendous vibe and the massive support. It is inspiring to see the belief come back. I looked at the crowd during the game and how they screamed and supported us and it said a lot.”

The performance in the last game was far from perfect, with the Boks producing a scrappy performance. The set-pieces were nowhere near as convincing as they had been in the previous two games, and the team struggled to go beyond a fourth phase when carrying the ball. And yet that might have made the win even more pleasing for a team that was still able to score tries and which still won by a big margin. It is important to be able to say you have more than one way to win, and sometimes you have to do it ugly in an arm-wrestle.

Perhaps most importantly, they kept the French from crossing the chalk, thus underlining the biggest progress of all made by the Boks since 2016. The defensive effort in Coetzee’s first year in charge, at least after Jacques Nienaber left for overseas following the narrow series win over Ireland, was an embarrassment, and yet it is now the foundation around which the Bok challenge is being built.

Not that Coetzee is getting too carried away about that, and Bok fans can be encouraged by the sense of perspective that is being emitted from the Bok camp.

“The defence is not perfect yet,” said Coetzee, “there are still things we must work on.”

Indeed, and no-one will argue that the Bok team that has comprehensively beaten France over three Saturdays in succession is yet ready to challenge the All Blacks side that outplayed the British and Irish Lions earlier on Saturday. They don’t face their old rivals though until September, and after last year, being significantly better than Australia and Argentina, and starting the climb back to second place on the world rankings, should suffice.

However, if you cast your mind back to the end of November last year, when the Boks limped back into South Africa off successive defeats to Italy and Wales, and after having been outplayed by England at Twickenham earlier in the tour, there can be no denying that a turn-around has been made.

Back then the Boks looked like a team without a plan and there was no discernible shape to their game. They were out-strategised at every turn, but that has changed, perhaps chiefly because one of the men who was in the opposing dug-out in Florence when they lost to Italy, Brendan Venter, is now working for them.

Venter’s designation in his consultancy with the Boks is defence coach, but he is much more than a defence coach. He is a master on-field strategist, but also a big driver of team culture building, something that was a massive part of his success at English club Saracens. The attitude shown on defence and the passion that the Boks exhibit in their game are all hallmarks of a seismic culture change and the belief that has come with it.

It is not known how long Venter will stay with the Boks. Coetzee said he would remain on as a consultant when he was asked the question at the post-match press conference, but we shouldn’t bet on it, particularly with another heavyweight South African rugby brain, Rassie Erasmus, poised to return as a hands-on Director of Rugby, effectively making him Coetzee’s boss.

But if Venter stays into the Erasmus era, and a place in the system can also be found for Nienaber, the Bok management will have the benefit of tactical acumen of the sort that no other Bok group in the history of the game has been able to draw on.

That will create the platform for players such as Jan Serfontein, Steven Kitshoff and others who have flourished in the first series of 2017 to continue to progress and the Boks to retake their position amongst the world’s top teams.