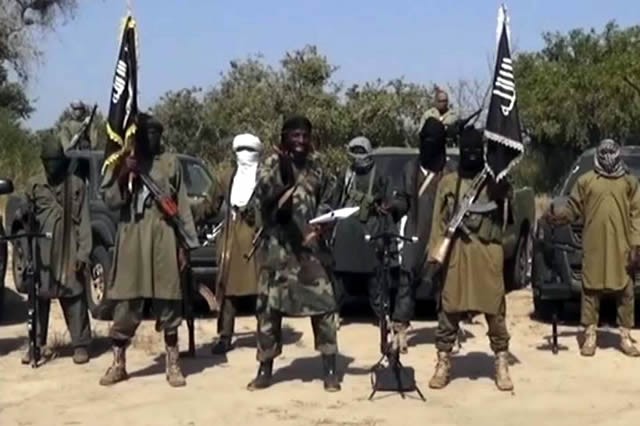 Boko Haram jihadists believed to be from the IS-supported faction loyal to Abu Mus’ab Al-Barnawi have attacked three military bases in northeast Nigeria, destroying one and killing a soldier, according to the military and vigilantes.

The attacks cast doubt on the Nigerian government’s claim that the jihadist group is on the back foot and may mark an end to a lull since April of Al-Barnawi’s deadly attacks on military targets.

In the latest attack late Tuesday, Islamist fighters in pickup trucks raided and razed a military base in Kamuya village in Nigeria’s ravaged Borno state.

Boko Haram “attacked the (military) base around 5:30 pm (1630 GMT) and the troops engaged them in battle,” a military source from the town of Biu told AFP.

“The base was burnt from RPG (rocket propelled grenade) shelling and two soldiers were injured,” said the military officer, who asked not to be named as he was not authorised to speak on the incident.

The jihadists were later pushed back after military reinforcements arrived 30 kilometres (18 miles) away from Buni Yadi in neighbouring Yobe state, said the military source.

The officer’s account was corroborated by Mustapha Karimbe, a member of a local militia in Biu assisting the military in fighting Boko Haram.

In January jihadists from Al-Barnawi’s faction riding on camels killed at least three soldiers in a midnight raid on the same military base.

Residents told AFP at the time that Boko Haram fighters were hiding in the nearby Ajigin forest.

Boko Haram, which has pledged allegiance to the Islamic State group, has been gripped by a power struggle over the future of the insurgency.

One faction is led by Abu Mus’ab Al-Barnawi, the son of Boko Haram’s founder Mohammed Yusuf, who was named leader by the IS high command last year.

Although IS declared Al-Barnawi leader of the breakaway faction he is believed to be heavily influenced by Mamman Nur, a close ally of the late Yusuf, while longtime Boko Haram leader Abubakar Shekau controls the other faction.

Earlier on Monday fighters said to be loyal to Al-Barnawi separately attacked two military bases in which at least three fighters and a soldier were killed, the Nigerian military said in a statement.

Troops repelled the attack and recovered arms and explosives from the fleeing jihadists, it said.

Later that day another group from the “Mamman Nur faction” launched an attack on troops at a base in Logomani village in Dikwa district.

Three Boko Haram jihadists and a soldier were killed while a militant was “captured alive”.

Nigeria’s government maintains that Boko Haram is a spent force in disarray, despite the attacks and an increase in suicide bombings targeting security checkpoints, mosques and camps for the displaced.