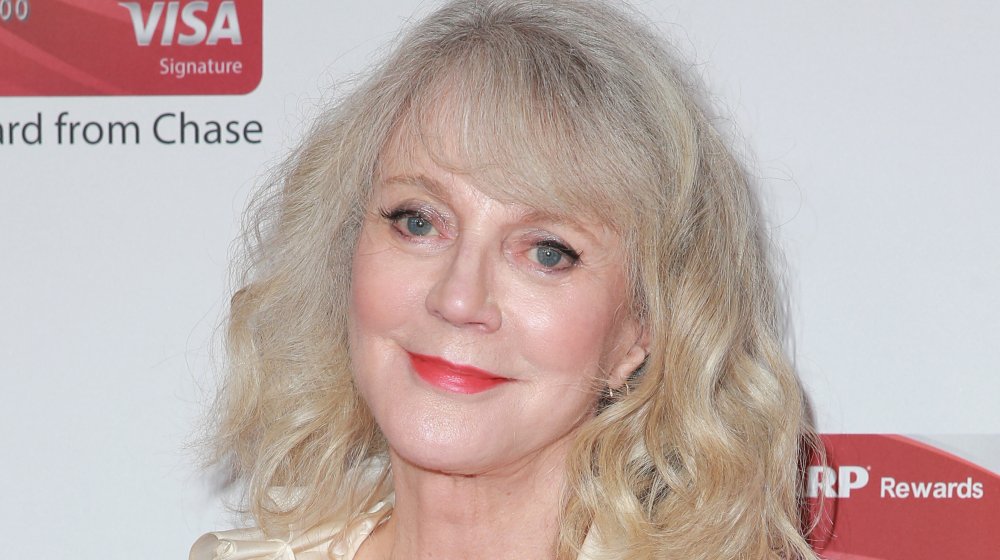 Blythe Danner’s granddaughter looks exactly like the legend OMG, Although it’s pretty rare for Gwyneth Paltrow to share photos of her kids on social media, she did post a selfie with Apple Martin in September 2018. And in the snap, Apple appears to resemble her famous grandma, Blythe Danner, who starred in Meet the Parents. From their bright blue eyes, light hair, and seemingly knowing smiles, it’s fair to argue this grandma-granddaughter duo share some features.

As for Danner’s take on being a grandma, she revealed in February 2019 that she’s “happiest when she’s with the kids,” per People. The actor, who was married to Bruce Paltrow until his death in 2002, added, “As an older person, I never remarried because I had such an incredible husband. I just find real contentment being with [my grandkids].”

The Pennsylvania native also shared a self-deprecating joke, referencing the 1958 movie, Auntie Mame, “They have enough rules at home. So I try to be the Auntie Mame, although I’m not quite that fun.”

We’re guessing the older Apple gets, the more she’ll continue to look like her famous mom and grandma. TBD!