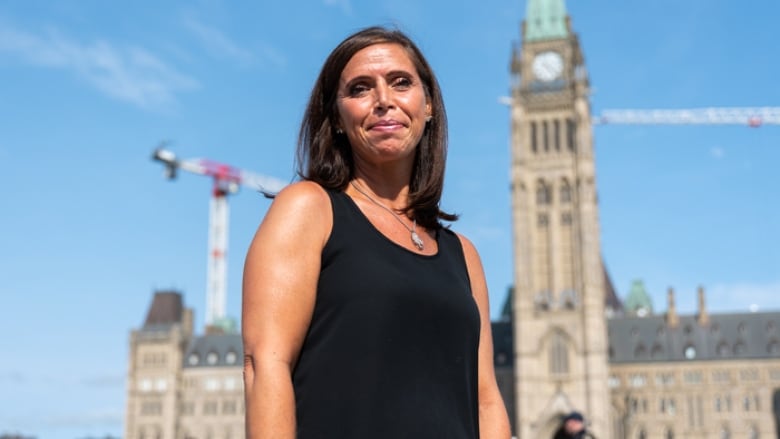 Every year on Aug. 19, Diana Devine visits a memorial site for her father behind Parliament Hill in Ottawa.

Rico Iannucci died in a workplace accident in 2005 when his backhoe went over the cliff behind the Parliament Buildings. He was 65.

But with ongoing construction on and around the Hill, Devine said she was concerned the memorial they had maintained over the years would be destroyed.

Instead, she and her daughters were met with an emotional surprise.

“An encasement had been made around it to protect it. It just blew us away,” Devine said.

The flowers and angel sculptures they had placed at the site were boxed in by a big Plexiglas case. Devine said she was overcome with happiness and knew she needed to thank the person behind the act of kindness.

“We just couldn’t believe that someone would have done that without knowing us, without knowing the story, but really just to preserve something that they thought was special.”

Her family contacted the foreman of the construction company, which led them to Timothy Johnstone.

Johnstone is a superintendent for the joint construction venture of PCL/EllisDon and has been working at the construction site at Parliament Hill since April.

He said he noticed the memorial earlier this summer and knew it needed to be protected.

“It wasn’t a question at the time. It just felt like something we should do.”

Didn’t want ‘heroics’ of the act

With leftover Plexiglas and materials from the job site, he and a few others put together the encasement in just a couple of hours.

“I didn’t really want the heroics of it. I was more just glad that we protected this guy’s memory and just made his family proud with what we did,” Johnstone said.

“It’s very touching that something that small touched them and made that big of an impact.”

Johnstone and Devine had connected over the phone, but met for the first time in person for an interview with CBC.

The pair met with a hug, and Devine and her sister brought “thank you” treats for the construction crew.

Johnstone said Devine’s father’s tragic death is well-known among construction workers and it serves as a reminder of workplace safety.

“It is the most important thing. We all have families, we all have kids. We all have life outside of work. And in my mind, working for a fee doesn’t constitute risking your life,” Johnstone said.

Since her father’s death, Devine has run marathons to raise awareness for workplace safety and has joined a number of other initiatives in the city. She said she hopes the memorial site reminds workers in the area to be safe on the job.

Diana Devine, whose father died in a workplace accident in 2005, says she visits his memorial site behind Parliament Hill every year. This year, with ongoing construction in the area, she arrived to find it covered by a protective Plexiglas case, built by Timothy Johnstone. 1:31