Bizarre injuries are one of football’s most guilty pleasures. 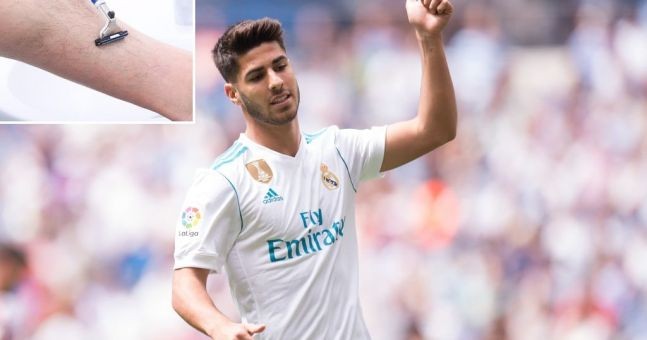 None of us enjoy seeing someone get injured, but when it happens in a truly ludicrous manner you can do little else other than laugh.

Until now, the sport’s weirdest ever injury was widely considered to be that suffered by former Spain and Valencia goalkeeper Santiago Canizares, who dropped an aftershave bottle on his foot, slashing a tendon in his big toe and missing the 2002 World Cup in the process.

Now though it appears that one of his compatriots has taken things to a whole new level.

According to a report by Dermot Corrigan for ESPN, Marco Asensio, the wunderkind – who has massively impressed at the Bernabeu since breaking into the first team last season – is set to miss tonight’s clash with APOEL Nicosia due to an infected pimple.

His manager, Zinedine Zidane, revealed that the Spain midfielder had a pimple which prevented him from pulling up his socks, a problem which has reportedly been exacerbated by his attempts to shave his legs.