Bisi Alimi, others call out Aisha Yesufu for being a homophobe as she is praised by others for bravely championing end SARS protest 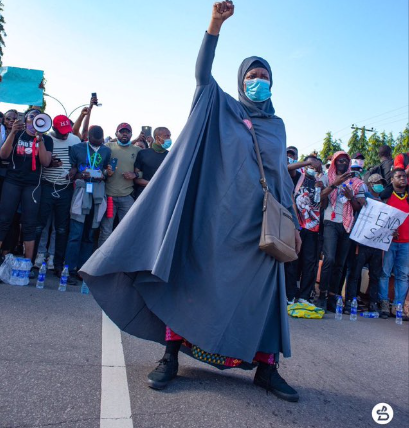 A powerful photo of Aisha Yesufu facing armed police officers, her fist raised in the air, has been making the rounds after she bravely stepped forward during the end SARS protest despite threats from police.

But not everyone is impressed with her bravery, especially members of the LGBTQ community and allies.

As Nigerians on Twitter retweeted Aisha Yesufu’s iconic photo and praised her, gay rights activist, Bisi Alimi dug up old posts where the social activist was being homophobic.

In one such tweet from 2019, Aisha Yesufu referred to homosexuality as a “menace” that needs to be “eradicated.”

Resharing Aisha’s tweet, Bisi Alimi wrote: “To many Aisha Yesufu is a hero! I understand that, but to me and people like me, she is nothing but a raging homophobes who is developing strategy to eradicate homosexuals in the north.

“Yes #EndSARS but I will not join in hero worshiping Aisha.” 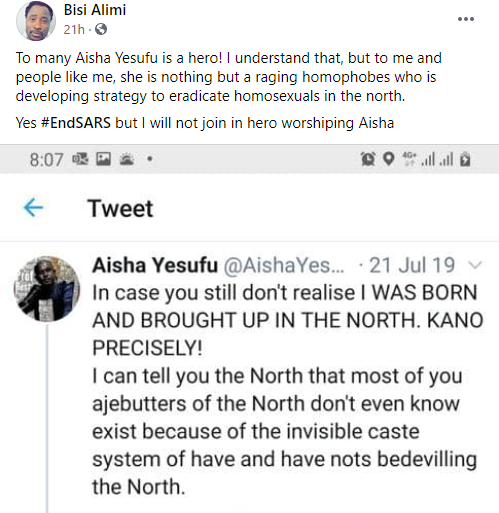 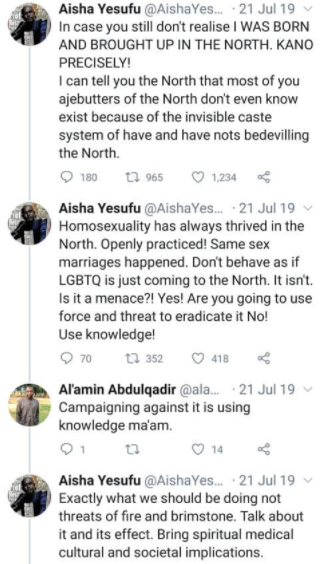 Below are more tweets calling Aisha Yesufu out for being homophobic. 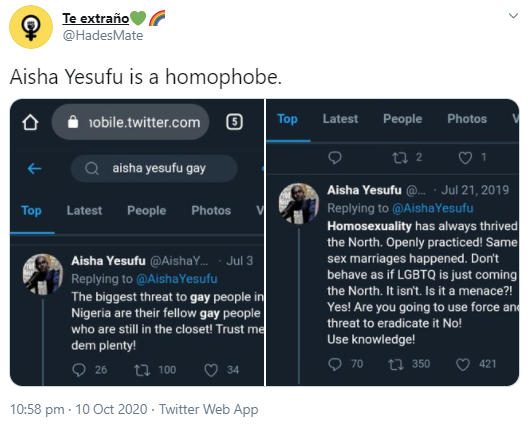 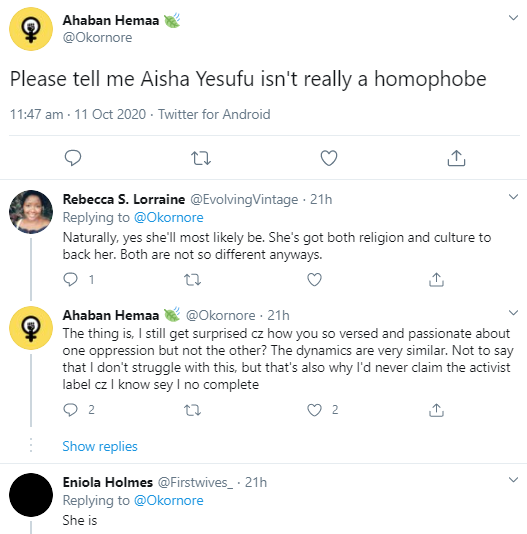 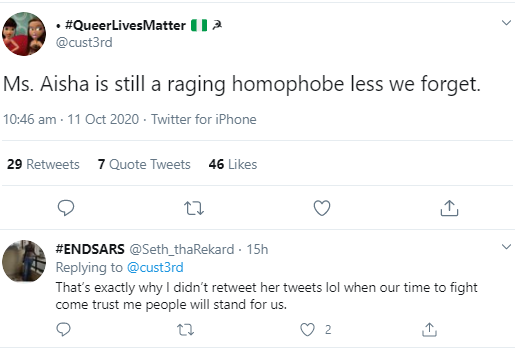