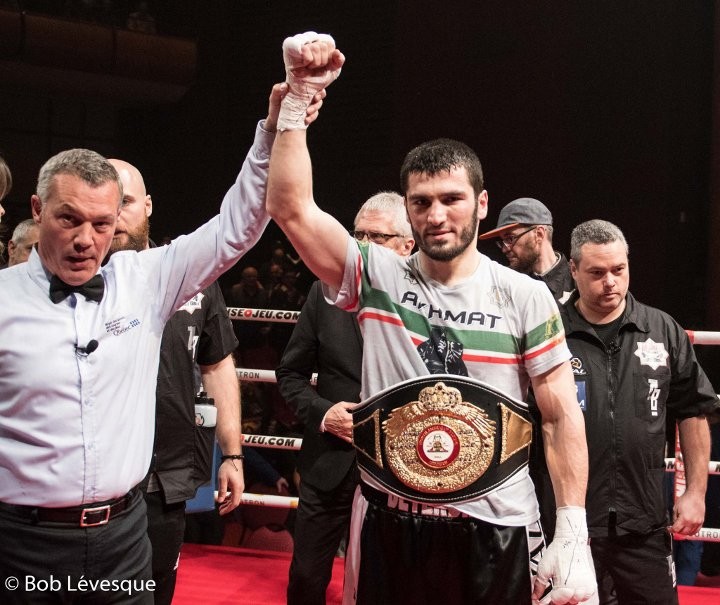 Whether you believe the story from light heavyweight contender Artur Beterbiev or promoter Yvon Michel, one thing they can agree on is that the fighter’s world title elimination fight against Enrico Koelling will not happen as planned.

Russian-born and Montreal-based Beterbiev (11-0, 11 KOs), one of boxing’s most devastating punchers, and Germany’s Koelling (23-1, 6 KOs), 27, were scheduled to fight for the right to become one of unified world titleholder Andre Ward’s mandatory challengers on the Adrien Broner-Mikey Garcia undercard on July 29 at Barclays Center in Brooklyn, New York.

However, the fight — originally planned for July 29 in Quebec City — is off, and there is a difference of opinion as to why.

According to Michel, the reason was simple.

“The fight was placed on the July 29 event in New York, but Beterbiev’s visa entry for USA was denied,” Michel told ESPN. “We have requested revision, and it was still denied. We then decided to contact the IBF and cancelled the fight. Most likely the IBF will reschedule the purse bid.”

When Michel and Koelling promoter Team Sauerland reached agreement, a purse bid was canceled. But with the July 29 date off, the IBF has scheduled another purse bid for July 25. However, it remains to be seen if Beterbiev, a two-time Russian Olympian, will fight on a Michel-promoted card should he win the purse bid.

Beterbiev, 32, who has been with promotional company Groupe Yvon Michel since turning pro in 2013, cut ties with the promoter earlier this year, claiming their contract over and taking Michel to court in Montreal to get a judgment declaring the contract terminated. Beterbiev also has claimed he has not been paid his minimum purses nor has he had the minimum number of bouts he is due under his contract, despite a shoulder injury that kept him sidelined from June 2015 to June 2016.

Michel said he believes Beterbiev remains under contract and attempted to finalize the eliminator. But Beterbiev’s attorney, Me Karim Renno, said the reason the fight with Koelling is off has nothing to do with Beterbiev’s visa but rather the suit filed against Michel.