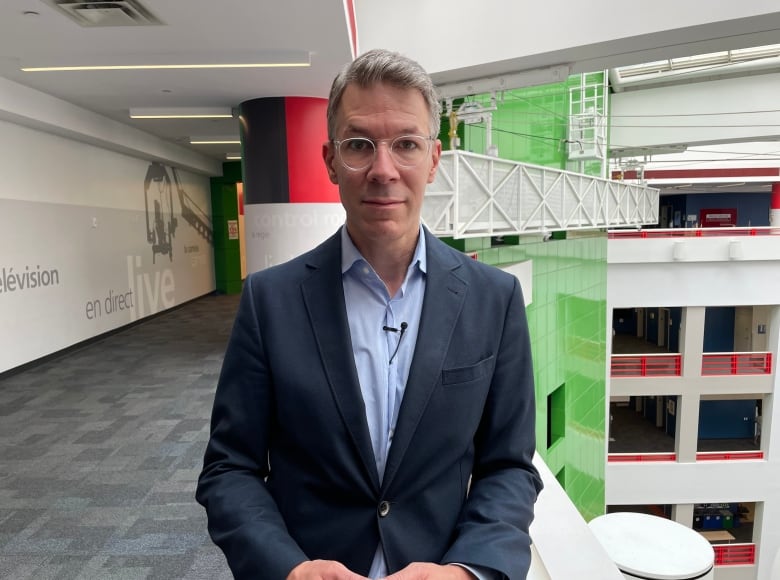 Despite Best Buy offering refurbished devices it claims can be “like new” on its third-party marketplace, a CBC Marketplace investigation found some products were anything but.

Following repeated complaints of faulty devices from viewers, CBC’s Marketplace purchased 12 of what Best Buy calls “Grade A” refurbished devices from its third-party marketplace and had them independently reviewed by industry experts. Five of the devices were found to have cosmetic or functionality issues.

In response to CBC’s findings, Best Buy said in an emailed statement: “Your investigation prompted another round of scrutiny and development on [Best Buy’s] Marketplace content.” Specifically, “enhancing product descriptions to ensure consistency so that customers are clear on what they are purchasing.”

Markus Giesler, an associate professor of marketing at York University in Toronto, said for consumers to comfortably purchase refurbished devices, companies like Best Buy need to take more responsibility for its third-party sellers.

“The number one rule is underpromise, overdeliver,” said Giesler, after CBC shared the results of its investigation. “Today’s case was about the exact opposite.”

Best Buy’s Marketplace hosts a variety of third-party sellers offering new and refurbished devices. The company claims that all sellers featured on its site are thoroughly vetted and approved, offering only “Grade A” refurbished products that can be “more reliable than a brand new version” of a device.

Part of the issue, says Giesler, is that there is no standard definition for what a “Grade A” product, or even a “refurbished” product, is.

“Consumers should absolutely be critical,” said Giesler. “Refurbished products have a better price-value relation…. On the other hand, however, there are also a number of risks because these are devices that might have had previous issues that may or may not have been addressed.”

Marketplace heard stories from viewers about products they purchased from Best Buy’s third-party sellers, including smartphones having audio issues and faulty fingerprint scanners. In one case, a customer received an iPhone that developed a battery issue within a few months. When she took it in to be repaired, an Apple authorized service provider said the phone was actually supposed to have been destroyed because of a previous defect.

Alex Sebastian, co-founder of the Toronto-based refurbishing company Orchard, analyzed the tablets and smartphones. He said that two phones and two tablets did not meet his company’s standards for refurbished devices.

“Refurbished is language that’s thrown around a lot, and depending when you’re buying it’s going to mean something different,”  said Sebastian, whose company also sells on Best Buy’s Marketplace. “Refurbished would certainly mean that they’re fully functional and they’re in a very high cosmetic grading.”

“I don’t think that they had a proper cosmetic grading done before they were put up for sale,” said Sebastian.

“[The J3 Prime is a] clear violation of promises that were made in the narrative that Best Buy claims to be a representation of the service that we’re dealing with,” he said.

Without disclosing they were journalists, CBC producers reached out to both sellers about the issues Sebastian found in the phones. The seller of the Samsung Galaxy J3 Prime offered a phone case to hide the scratches on the backplate. The seller of the iPhone XR said a refurbished phone can have “cosmetic imperfections” that don’t affect the phone’s functionality.

Sebastian had a different take: “What we’ve found, based on feedback from our customers, is that the screen is the most important.”

Electronics expert Alex Sebastian says that one of the tablets purchased by CBC had an improperly replaced screen, resulting in an audible clicking noise. 0:42

Sebastian said that two of the four tablets purchased by CBC had more concerning issues. An Apple iPad Pro had a “problematic” screen that made a clicking noise when pushed, said Sebastian. He said the sound was the result of improperly applied adhesive during a screen replacement.

Sebastian went on to say that if the iPad was dropped, there is a risk that over time the screen could come out of the body of the tablet.

Sebastian said the second tablet, a Samsung Galaxy Tab A, also had a screen replacement done, but poor workmanship and pressure applied to the back of the screen left “bright spots” on the display.

When CBC producers posing as customers contacted the sellers, the iPad Pro seller offered a refund with free shipping. The Galaxy Tab A seller also offered a shipping label for return, but said it would “inspect the return and issue you the refund/replacement accordingly.”

When the producers revealed themselves as journalists, the seller of the iPad Pro with the “loose” screen took “full responsibility” for the “defect” and revealed that it doesn’t refurbish the devices it sells. Instead, it purchases them and does the grading, testing, cleaning and packaging.

“In most cases, the devices we purchase from the [distributors] are not refurbished devices but devices that were used and traded back,” said a statement.

Sebastian found no issues with the other two tablets purchased. However, he was unimpressed with the outcome of the products he tested overall. “This is not the refurbished product that we want to be seeing going into market,” he said.

Refurbished products have at least a 90-day warranty

The laptops CBC’s Marketplace purchased were analyzed by Maaz Kamani of Ask Computers. Out of four laptops purchased, he noted the Asus Chromebook C223NA had “heavy” scratches, which he called “Grade B” in terms of cosmetic condition. The listing online for the Chromebook did warn of possible imperfections.

When a CBC producer contacted the seller of the Chromebook, as a customer, the seller offered a refund with free shipping, or a 10 per cent refund to keep the item.

Kamani said all of the laptops worked properly, but he did note that some had been modified. For example, he says the motherboard was repaired on the Chromebook and noted that the RAM and hard drive were changed in an HP EliteBook 830.

On Best Buy’s Marketplace, the return period can vary, but all refurbished products have at least a 90-day warranty. Depending on the reason for return, there could be restocking or shipping fees.

Joanne Nixon and her partner, Richard Horst, found that if that refurbished product fails after the 90 days, you’re out of luck. The couple purchased an $800 refurbished iPad Pro from one of Best Buy’s third-party sellers. Within months, the device had issues.

“You’d go to turn it on and you’d get, like, nothing,” said Nixon. “[Richard] would reboot it … it would work for a couple of days and then it would do that again.”

The seller of the iPad told Horst that since 90 days had passed, there was nothing they could do. Best Buy said it could not intervene for the same reason.

They also took the iPad to a Best Buy location, but employees couldn’t offer any help because it was a marketplace purchase.

“[The staff] all said ‘Oh, never buy on marketplace, big mistake. It’s third-party sellers and you never know what you’re getting,'” Nixon recalled. The couple said the in-store employees confirmed the device was not functional.

Giesler said that Best Buy should be more involved with issues with third-party sellers.

After being contacted by CBC’s Marketplace, Best Buy reached out to the couple and offered an open-box iPad replacement.

Despite the company boasting about the success of Best Buy’s Marketplace, including advertising that one in four orders shipped from bestbuy.ca are from third-party sellers, in-store employees were critical.

“Personally I don’t buy from there,” said one employee. “You don’t know what you’re buying.”

At another location, an employee said they warn customers to only purchase new products directly from Best Buy.

“Then you know you’re getting what you actually see on the website, rather than a refurbished item from a company that fixed something but didn’t fix it properly.”

In response to this, Best Buy said in an emailed statement: “We are launching a program to help our stores effectively communicate about [the marketplace] to our customers.”

Tips on how to buy refurbished

In addition to limiting electronic waste, purchasing a refurbished device can be a great way for a customer to get a deal, Sebastian said. For consumers shopping for refurbished devices, he suggested researching the seller, including reading reviews, considering the number of reviews a seller has, and ensuring sellers offer an acceptable warranty period.

“If you can’t find anything on the [sellers], that’s a huge red flag,” Sebastian said.

Despite the “frustrating” situation, Horst and Nixon hope their experience will be a lesson to others.

“Maybe if we can help other people not get ripped off,” said Nixon, “that would feel good. At least that would be something good that came out of it.”